The widespread adoption of HTML5 for Web apps could cut Apple’s operation profit growth by 30%, with Microsoft, Google and carriers benefiting, Bernstein Research (https://www.bernsteinresearch.com) predicted — as noted by “Macworld” (http://macte.ch/6CLU8). Which, if true, would be pretty ironic since Apple has touted HTML5 over Flash.

When the iPad was introduced in early 2009, Steve Jobs famously rejected Adobe Flash in favor of HTML 5 for providing media c

The financial researchers at Bernstein Research envision widespread adoption of HTML5 will affect iPhones and iPads, reducing margins for the former and lowering market share for the latter, the article adds.

“Rough scenario analyses says that even a modest impact in each of these areas could cut our estimated Op. profit growth forecast for Apple through 2015 by about 30%,” senior analyst Toni Sacconaghi Jr. wrote in a research paper. This could reduce the compound annual growth rate (CGAR) from around 19% to 13%.

According to Sacconaghi, HTML5 has the potential to undermine profit margins and market share in Apple’s iPhone and iPad franchises. HTML 5-based Web apps don’t require Apple’s approval in any way while remaining accessible from any iOS based device. Plus, it’s appealing to developers and businesses since it can be used to build Web apps that target all mobile platforms at once, according to “Macworld.” It also allows developers and publishers to circumnavigate the 30% commission charged by Apple and Google for selling apps through their app stores.

What’s more, Apple also takes a 30% cut on subscriptions sold through the App Store. Both cuts could be obviated with HTML5-based apps, the report pointed out, according to Bernstein Research.

However, some folks think the HTML5 threat is overblown. “i-Programmer” (http://macte.ch/I2UFE) has this to say: “… in situations where Apple is acting as a retailer for an existing retailer moving to HTML5, and so avoiding the 30% charge, is essential to making a profit. On ther other hand, for manufacturers looking for a high volume outlet, Apple is a highly attractive retailer. Given the downside of pure web apps – they can’t access the phone’s hardware and services and they aren’t easy to sell to an end user without the help of an app store – you really do need a good reason to abandon the native app. Amazon, as a retailer, clearly has a good reason for doing just this, but I doubt many others do. In short the idea that HTML5 apps will impact Apple’s profits doesn’t seems to be more a misunderstanding of the situation than a good prediction.

“Digital Arts Online” (http://macte.ch/rur99) says: “At the moment, HTML5 apps have some problems that native apps do not. HTML5 apps are typically slower than native apps, which is a particularly important issue for games. An estimated 20 percent of mobile games will most likely never be Web apps … Furthermore, there are currently differences in Web browsers across mobile platforms that can raise development costs for HTML5 apps. They can also pose a greater security risk. This can result in restricting access to underlying hardware by handset manufacturers to reduce the possible impact of these risks.”

And “Tech.pinions” (http://macte.ch/inl4e) notes: “While Apple’s ‘control-freakery’ has been much criticized, this curation has maintained fairly highly minimum standards for iPhone and iPad apps and has avoided the chaos of the Android Market. HTML 5 will loosen control somewhat, but I suspect that Apple will find a way to keep that user experience coming.”

And Apple doesn’t seem to worried about HTML5; heck, the company endorses it. On one of their web sites they say:”Every new Apple mobile device and every new Mac — along with the latest version of Apple’s Safari web browser — supports web standards including HTML5, CSS3, and JavaScript. These web standards are open, reliable, highly secure, and efficient. They allow web designers and developers to create advanced graphics, typography, animations, and transitions. Standards aren’t add-ons to the web. They are the web. And you can start using them today.” 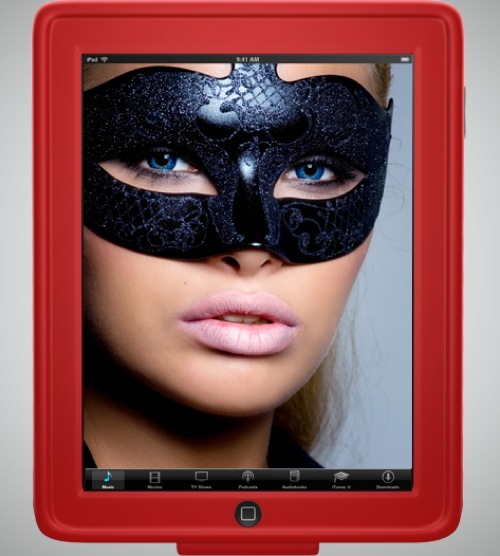