Apple has filed motions to stay in two of its various lawsuits with Motorola, arguing that the pending acquisition of Motorola Mobility (MMI) by Google has resulted in “a fundamental loss of Motorola’s patent rights,” reports “FOSS Patents.”

Under the merger agreement with Google, MMI is severely restricted in its ability to enforce its patents and negotiate settlements, says “FOSS Patents.” Apple’s lawyers argue that MMI currently lacks standing. Read more at http://macte.ch/DQJJc .

Apple alleges that Motorola infringes 24 of its patents (21 of them with Android-based phones, the remaining 3 with set-top boxes and DVRs), while Motorola previously asserted 18 patents against a variety of Apple products (mostly but not exclusively iPhone, iPad and iPod).

Litigation between the two companies takes place in several different federal courts — primarily the Western District of Wisconsin and the Southern District of Florida — as well as before the US International Trade Commission (ITC), the article adds. Apple’s patent claims against Motorola will be reviewed by the ITC, which could issue an order banning Motorola phones from the U.S. The ITC will determine if Motorola is infringing Apple patents and whether it should rule to block U.S. imports of Motorola phones made overseas that run on Google’s Android operating system.

Motorola Mobility has also requested that the ITC start an investigation into Apple’s use of Motorola’s patents and, among other things, issue an Exclusion Order barring Apple’s importation of “infringing” products, prohibiting further sales of infringing products that have already been imported, and halting the marketing, advertising, demonstration and warehousing of inventory for distribution and use of such imported products in the United States. In the District Court actions, Motorola Mobility has requested that Apple cease using Motorola’s patented technology and provide compensation for Apple’s past infringement. 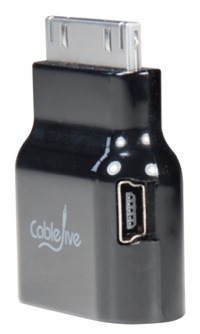