“Is Apple preparing a legal assault on Google over Android? Apple says Google’s Andy Rubin got the idea for Android while employed by Apple — surely, another shoe is about to drop.” — “Infoworld” (http://macte.ch/uSNpv)

“Sprint Nextel Corp. will offer Apple’s iPhone next month with unlimited data service plans to distinguish itself from rivals AT&% and Verizon Wireless, according to people familiar with the matter.” — “Bloomberg” (http://macte.ch/waiZR)

“Despite all the troubles Intel has had with Sandy Bridge-E and the X79 chipset, DonanimHaber reports that it is set to release as early as November. The Platform Launch is specified as Weeks 46-47, which covers November 14th to November 27th. However DonanimHaber inisists the final release date is November 15th.” — “VRZone” (http://macte.ch/H1niL).

“LCD maker LG has reportedly resolved quality issues it experienced in producing displays for Apple’s iPad 2 related to backlight leakage, and its production has returned to previous levels.” — AppleInsider (http://www.appleinsider.com) 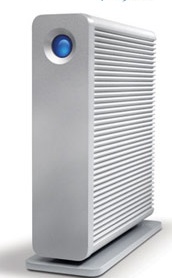