Is Scott Forstall the ‘next Steve Jobs’?

Neil Squillante, writing for “The TechnoLawyer” (http://macte.ch/1l48j) says the “next Steve Jobs” exists and is already working at Apple. Who is it? Tim Cook? Jonathan Ive? Nope. Squillante says it’s Scott Forstall, Apple’s senior vice president of iOS Software. In fact, he thinks Forstall will follow Cook as CEO some five to 10 years down the road.

“With Apple’s roadmap set for at least five years, the company doesn’t need another Steve Jobs at the helm for a while,” writes Squillante. “Instead, Apple needs a Steve Jobs waiting in the wings for its next pivot when it redefines computing … again.”

Squillante doesn’t knock Cook in his blog, but says Forstall is a “Steve Jobs creation” (having had Jobs as his mentor for years) and the likely long-term heir to the throne.

“He’s also young [he’s 42]. Shortly after graduating from Stanford in the early 1990s, he worked at NeXT, one of the two companies Jobs ran while exiled from Apple. When Apple acquired NeXT, Forestall followed Jobs to Apple,” he writes. “Simply put, Forestall hit the jackpot, having had Jobs as his mentor for virtually his entire career. Not only has he has reported directly to Jobs for several years, but Jobs bestowed upon him the stewardship of Apple’s crown jewel — iOS.”

I personally think that the company is in good hands with Cook and the rest of the leadership now in place — especially with Jonathan Ive still on board to continue giving us great product designs. And Forstall will be invaluable to the company because of his youth and experience with both iOS and Mac OS X.

He joined Apple in 1997 and is one of the original architects of Mac OS X and its Aqua user interface. He was responsible for several releases of the operating system, most notably Mac OS X Leopard. Currently, he leads the team responsible for delivering the software at the heart of iOS, including the user interface, applications, frameworks and the operating system.

So is he the next Jobs? No, Forstall will be his own man. But whether he eventually becomes Apple’s CEO (which I certainly think is possible), he seems to have the chops to be one of its top visionaries for some time to come.

Proview sued by its own legal counsel

Deals: Color Schemer Studio for 50% off today only 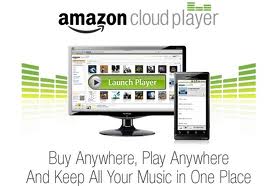 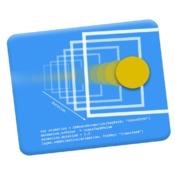