Apple wants to ban some Samsung gadget sales in Japan

Apple wants to ban sales of some Samsung Electronics gadgets in Japan, accusing its rival of violating patents relating to the iPhone and iPad, reports “Reuters” (http://www.reuters.com).

Apple has filed a suit with the Tokyo District Court seeking the suspension of sales of Galaxy S and its sequel S II smartphones and the Galaxy Tab 7 in Japan, says “Reuters,” quoting “sources close to the matter.” The first hearing was held on Wednesday.

Meanwhile, an Australian court has postponed a hearing due Thursday in which Apple is trying to stop Samsung Electronics Co. selling its Galaxy Tab 10.1 in the country, according to “MarketWatch” (http://www.marketwatch.com/story/australia-court-postpones-apple-samsung-hearing-2011-09-08). Apple has taken Samsung to court in Australia to stop the South Korean company from selling its Galaxy Tab 10.1, claiming the device breaches patents related to the iPad, which Samsung Electronics disputes.

A directions hearing was scheduled for 2315 GMT in Sydney’s Federal Court under Justice Bennett. Court officials weren’t immediately able to provide details of when the next hearing will be, says “MarketWatch.” 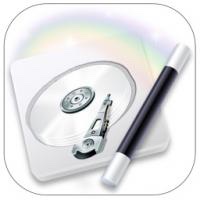 Global facial recognition market to reach US$2.19 billion by 2020