Best known as the third and “forgotten” founder of the Apple Computer, Ronald G. Wayne has written an autobiography now available at booksellers: “Adventures of an Apple Founder.”

Apple co-founder Steve (“Woz”) Wozniak contributed the foreword to the book. In an Aug. 26, 2011, interview with Bloomberg TV, Wozniak is quoted as saying: “Ron is one of those people … He doesn’t look back with regret. Your mind was working well and making the right decisions for the way you think at that point in time, and that was part of what made him credible to Steve and I. It’s a type of integrity, I was sorry to see him leave.”

“Adventures of an Apple Founder” purportedly offers a never-before-told backstory to the man whose passion for engineering and design spans nearly three quarters of a century. Wayne holds a dozen patents, has worked in aerospace engineering, at video game maker Atari, and has spent the better part of his life in pursuit of a long time passion — building Las Vegas style gaming machines.

After the original founding, his involvement with Apple was very limited. So much so that he has admitted to never owning an Apple device of any kind. That was until Sept. 5, 2011 when he was presented with an iPad 2 while speaking at the 2011 Update Conference in Brighton, UK.

“Adventures of an Apple Founder” is available in paperback, as well as digitally on the Apple iBookstore and coming soon to the Barnes and Nobel Nook and Amazon Kindle eBook readers. For more info go to http://macte.ch/jFGI6 . 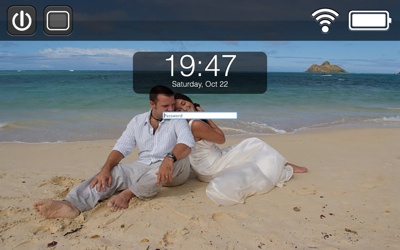