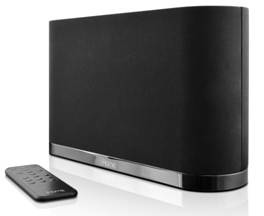 iHome says their AirPlay speaker system, the iW1 (http://www.ihomeaudio.com/iW1BC/), will be available for purchase throughout North America starting Sept. 26.

In advance of its wide release, a limited quantity was offered for sale exclusively on iHomeAudio.com to iW1 email subscribers on a first-come first-serve basis. Supplies were limited and sold out within 45 minutes.

Powered by a rechargeable lithium-ion battery, the iW1 enables a wireless listening experience and employs Bongiovi Acoustics Digital Power Station (DPS) technology and four active speakers for premium audio performance in a compact design, according to the folks at iHome.