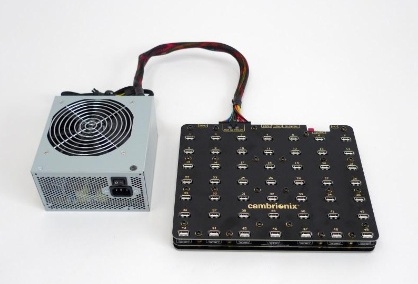 Datamation Systems has announced high-capacity syncing as an addition to its suite of products designed for iPads and other tablet devices.

The DS-IP-49-SYNC acts as a fully powered USB hub for 49 devices. Using a Mac, it can sync with iTunes or other software capable of addressing USB devices. (It can work with Mac, Windows and Linux operating systems, although there may be some software limitations with a non-Mac host.)

“It lets you avoid the need to use an array of consumer USB hubs,” says Joe Mazza, Datamation Systems’ vice president. “It can be used for iPads and other USB 2.0 devices, such as tablets, smart phones, and iPods, some of which it can even charge.”

The new DS-IP-49-SYNC and other products are available from major computer companies or directly from Datamation Systems. Additional information can be found at Datamation’s iPad and Tablet security webpage (http://www.ipadcarts.com/).