CoreBreach game races onto the Mac 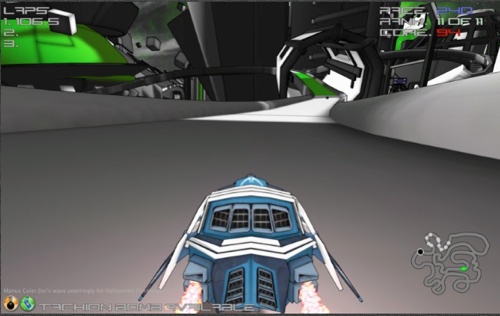 CoreCode, together with nCreate, has released CoreBreach (http://corebreach.corecode.at/), a Mac “antigravity” racing game. It’s compatible with Mac OS X 10.6.6 and higher and is available at the Mac App Store.

Here’s how the game is described: “CoreBreach features a futuristic environment where you have to fight your evil opponents while racing towards world domination. The release of CoreBreach marks the return of the genre of anti-gravity racing games to the Macintosh platform, after an complete absence of over nine years! The game boasts a compelling career mode with six diverse race tracks, six upgradeable anti-gravity race ships and six different combat weapons.”

If your iPod battery dies, Apple will replace the iPad