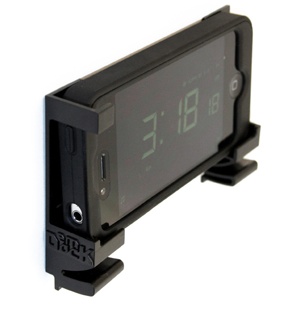 It offers a solution for displaying, storing, charging, and protecting your favorite device in a different locations. The Dockem is essentially a miniature “shelf” for your gadget, mounted to the wall using Command strips (included). Also nice: the command strips are easy to set up and remove and won’t damage your wall.

The Dockem utilizes two brackets that are attached to the wall separately, allowing them to be placed at whatever distance apart you need for your specific your device. Devices aren’t actually “gripped” by the Dockem, but rest in the brackets.

The brackets are built with “walls” in all the right places to keep the bottom of your device from moving side to side, as well as front to back. The “shelves” were also specifically designed to integrate a cord holder. And the inside of the cord holder doubles as a place to hide the Command strip tab, which is used during removal of the Dockem.

With Command strips, it’s simple to take down the Dockem and remount it somewhere else. If you use water/heat resistant Command strips, you’ll need another set of strips (and the Dockem comes with one extra set). For even more flexibility, you can use the Picture Hanging strips, which are essentially heavy duty Velcro.

You leave one set attached to the back of the Dockem, and then set up a second set of strips on the wall in however many locations you’d like. If you have two different size devices and you want to use both with the same Dockem. You can set up an extra strips at a different distance, which would allow you to adjust for the device you would like to hold. Or if you want to move from the kitchen in to your study, you can remove the brackets and bring them into the next room.

Another nice touch is that If you don’t want everyone to see the strips (or an unused Dockem) on the wall, you can replace the Dockem with something such as a picture frame or a clock. It works with many devices without removing their protective cases. As long as your device, with cover or not, is no wider than 20 millimeters or .787 inches thick it can fit in the mount. 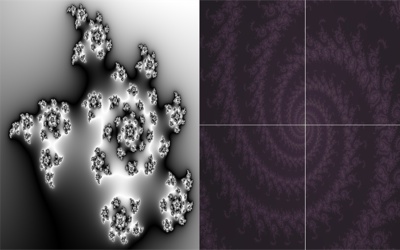 Achroma is new image manipulation tool for the Mac