As you might expect: some say the sky is falling. Shares in Apple Inc. have dipped more than 5% in after-hours trading following the news that Steve Jobs had resigned as CEO from the company and former Chief Operating Office Tim Cook has taken his place. 8:15 pm (Central), Wednesday, AAPL was trading at US$356.47, a loss of $19.71 (-5.24%).

There’s no denying the importance of Jobs to Apple. He’s a true visionary. However, Apple is now in the capable hands of Jobs’ hand-picked team, whom almost certainly shares his vision.

“One of the most important things that Steve Jobs did in Apple 2.0 is rebuilding the culture,” Mike McGuire, analyst at Gartner, told “CNN” (http://money.cnn.com/). “But it’s not quite the ‘cult of Steve’ like many believe. He built incredible teams that didn’t quite have free reign, but had plenty of room to innovate. It’s going to be hard work, but Apple will be fine without him.”

What will almost certainly happen now is that it will be less of a one-man show. For example, it’s perceived that design and marketing isn’t Cook’s forte, though it was Apple. But though Cook isn’t the showman that Jobs was, but people who know him call him an “operational genius” who was responsible for crafting Apple’s current supply chain system and helping to transform the company into one of the most efficient electronics manufacturers today,” says the “Wall Street Journal” (http://macte.ch/4Xekp).

“I spent some time with Tim Cook last week in New York, and walked away from my discussion with him thinking that he was much more in charge at Apple then people think,” Tim Bajarin, president of research firm Creative Strategies, told “MSNBC” (http://macte.ch/e41jO). “He has emerged as a most competent person who could carry Steve Jobs’ vision into the future.”

And let’s not forget: design guru Jonathan Ive is still around. Also, I’d expect to see Phil Schiller, Apple’s vice president of worldwide marketing, have even more input in the area of design and marketing.

As I’ve said in the past, any company that depends upon one man is doomed to eventual failure. Jobs’ stepping down as CEO is the end of one era and the beginning of a new one. Apple has its products and plans mapped out several years in advance. While Jobs has certainly played a role in those plans, it will be interesting to see how Jobs’ hand-picked team will continue his vision while putting their own stamp/s on Apple’s products.

Besides it’s not like Jobs is going away entirely. He is now chairman of the Apple Board of Directors. Art Levinson, chairman of Genentech and Apple board member, says Jobs will “continue to serve Apple with his unique insights, creativity and inspiration.”

Finally, I’d like to reprint an earlier op-ed by Robert Pritchett, who was editor and publisher of “macCompanion” magazine:

“Apple is not ‘Steve Jobs.’ The team he helped put together is Apple. The team that skunk-worked the Mac is Apple (Steve Jobs tried to nix it). WE are Apple. We bought the boxes and evangelized them. We lost careers because we sacrificed for the company to use the best tool for the job wherever we worked and with whomever we worked.

“We got along without Steve Jobs and one of his successors laid the groundwork for the company’s success after he was summarily dismissed. He was nearly tarred and feathered before becoming the Comeback Kid.

“All Steve Jobs did was bring in technology from his blackbox company and killed a lot of promising projects that were hemorrhaging the company.

“A good manager prepares his/her company for the inevitable — loss of him or herself – so it may continue without him or her.

“Apple is in that position. Steve Jobs does not need to be deified.” 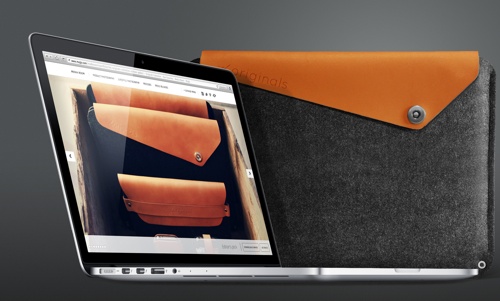