German court says no to oral arguments in Samsung vs. Apple case

Samsung failed to convince a German court to hear oral arguments before issuing an injunction in favor of Apple banning sales of the Galaxy Tab 10.1 tablet computer in most European Union countries, reports “Bloomberg” (http://macte.ch/asDJl).

On July 29 Samsung on July 29 filed a “protective brief” as part of the dispute it has with Apple over the design of its device, the Dusseldorf Regional court said in an e-mailed statement. On Aug. 4, Apple filed a 44-page motion seeking the injunction. While judges took Samsung’s arguments into account, they ruled for Apple, the court said.

Apple is also seeking a court order to block sales in the U.S. until a trial can be held on patent-infringement claims there. In Australia, Samsung has agreed not to introduce a version of the Galaxy tablet computer until a lawsuit Apple filed there is resolved, notes “Bloomberg.”

On Thursday Samsung filed a motion to lift the EU ban. The court scheduled a hearing in the case for Aug. 25. 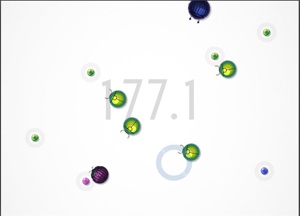 Meet the beetles! now in the Mac App Store