Existing Mac Pro Fortran 11.1 customers can update their software at no additional charge, by downloading the Service Pack 11.1.3 from the Absoft Service Pack Page. 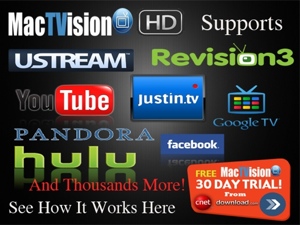 MacTVision HD lets you watch over 2,600 TV channels on your Mac