Full Fat has announced Flick Soccer 1.0, a free-kick game for iPhone and iPod touch versions. You can use the US$0.99 app’s “after-touch” ball control to try and hit the target like a real pro. Interactive defenders will jump and react to shots. You can shoot for high scores in Quickshot mode, or take it to the limit in endurance mode.

3D Methods has released Grid Shot 1.0, a sci-fi physics puzzle game for iOS devices. The $0.99 app tests your brain’s endurance. Players must use logic to solve each level by placing items in the correct location and controlling the trajectory of their ball. Grid Shot offers a variety of items to use throughout the game. You guide your ball with items such as directional boosts, fixed teleport, boost teleport, and walls.

Crest Interactive has introduced Feed-The-Blobs 1.0, a action game for the iPhone and iPad. Here’s how the game is described: “Grim City is in the middle of a color crisis, and it needs you to bring some color back. These color blobs need to be fed with the color drops that fall from the taps above. Click the switches to move the blobs into the right place.”

Mentz Hill Studios has launched MyPix 1.0, a photo watermarking and sharing tool for iPhone and iPod touch devices. The $1.99 helps iPhoneographers share photos while protecting their digital rights. You can size, rotate, and move watermark any image. Users can pick from 30-plus fonts, adjust transparency as well as shade watermark to suit the photo. Users can also save without overwriting the original. You can share on Facebook, Twitter, Flickr, TwitPic and email.

Tobytek has rolled out Flick Ninja 1.0, a flick-based action game for iOS devices. In the $0.99 app the player has a single ninja throwing star and must flick it around the screen, avoiding obstacle pop and smash targets that get in the way. There are four game modes to choose from.

Not A Basement Studio has cooked up Wikly 1.0, a weekly calendar exclusively for the iPad. The $0.99 tool focuses on simplicity, colors, and user-friendliness. You use touch gestures like tap-and-drag to create events, three-finger-swiping to go to next week, drag-and-drop events and more. Wikly has over 20 color schemes included.

James Shaw has brought his iPhone app, GPS – Location Tracker, to the iPad. The $0.99 ap tracks your location within centimeters worldwide. You can view your GPS in three types of maps: Standard, Satellite and Hybrid. You can even view your current latitude, longitude and altitude and send that data via SMS, email, Twitter or Facebook.

9magnets has developed Caddy Track Pro 1.0 for iOS. The $9.99 is designed to offers a way for golfers to measure and keep a log of their shots while out on the course. Just tap before a shot, take your swing, then tap again upon arriving at the ball and Caddy Track will provide shot distance in yards.

iCandyApps has created Cut It Up 1.0, a free casual puzzle based on slice ‘n’ dice action. To complete a level, users should not only slice the chunks off the shapes but also trap frantically moving game-killing sharks inside it. The title features three episodes inspired by “Pirates of the Caribbean.”

Liv Games is offering Zen Wars 1.0 for iOS, a free hybrid of strategy-puzzle defense game designed for both casual and hardcore gamers. Developed by subzero.eu software, Zen Wars challenges players to build their base, place cannons, and defeat the enemy. Players can compete with up to three players in the multiplayer mode, locally, or by challenging others via Game Center.

Apps2Be has announced Free Music Downloader Plus 1.0 for the iPhone, iPad and iPod touch. The $0.99 app was developed specifically to download free music, audio books and music videos from a variety of free sites. Free Music Downloader has an integrated functional web browser and download manager supporting up to 10 simultaneous downloads and download in background mode. The app also features a file manager that supports moving files , creating folders and sub-folders, playing folders as playlists, various sorting options and of course playing music in background mode.

Finish Line — a retailer of athletic shoes, apparel and accessories — has released a free iOS app. Based on the location of the user, it provides store location information including address, phone number and driving directions. Customers may select one store as their favorite for fast access. 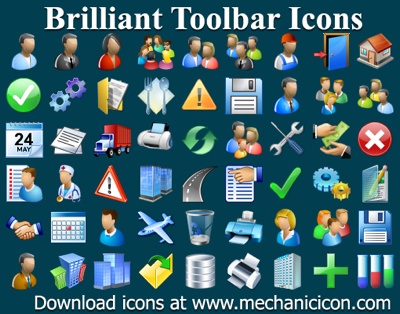