Shipments during the second quarter of 2011 did not behave according to past years with regard to seasonality, and was higher on a year-to-year comparison for the quarter. 2011 is shaping up to be an anomalous year as businesses take their own path to recovery.

Normally, the second quarter of the year is a slower business quarter in the graphics industry (and in the computer industry as a whole). This year, Q2’11 didn’t conform to the normal seasonal cycle. Instead, sales were up significantly compared to previous years.

Jon Peddie’s forecast for the coming years has been modified since the last report, and is less aggressive on both desktops and notebooks — tablets have changed the nature of the personal computer market. The research group’s findings include desktops, notebooks (and netbooks), and personal compute-based commercial (i.e., POS) and industrial/scientific and embedded; and doesn’t include handhelds (i.e., mobile phones), x86 Servers or ARM-based tablets (i.e. iPad and Android-based tablets), smartbooks, or servers.

In Q2’11, Intel celebrated its sixth quarter of Embedded Processor Graphics CPU (EPG, a multi-chip design that combined a graphics processor and CPU in the same package) shipments, and enjoyed a 21% average growth in desktops and notebooks. AMD and Nvidia lost in overall market share, while Intel grew compared to last quarter.

Year to year this quarter Intel had tremendous market share growth (14.7%), AMD had a loss of 14.2%, and Nvidia slipped 18.4% in the overall market partially due to the company withdrawing from the integrated segments. The Q2’11 change in total shipments from last quarter increased 6.3%, significantly above the 10-year average of 3.5%, and raising concerns about an inventory buildup.

Netbooks contributed to notebook growth a bit, however, iPads and Android tablets have probably cannibalized some netbook sales, says Jon Peddie. Over 84 million personal computers shipped worldwide in Q2’11, an increase of 2.4% compared to Q1’11, (based on an average of reports from Dataquest, IDC, and HSI) causing speculation that the 6.3% up-swing in graphics could be an inventory buildup and have a negative impact on Q3 or Q4.

Since the crash of 2009, combined with the introduction and influence of ARM-based tablets, the personal compute market has deviated from historical trends. Until the segment for tablets is clearly defined the fluctuations in the market data is likely to continue. The disruptions probably won’t settle down for a while as tablets find their place in the market and agreement can be reached on to include them in the personal compute market analysis, or to not include them, says Jon Peddie. 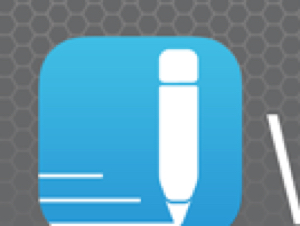