Tablets will overtake consumer computers, but so what?

Tablet sales will overtake consumer desktop and notebook computer sales, according to Dr. Joseph Reger, Fujitsu’s chief technology officer. He may be right, but I think that, in the long run, it’s no big deal. At least for Apple.

According to “The Register” (http://macte.ch/zXRLI), Reger thinks tablet sales are going to cannibalize consumer desktop and notebook sales, because consumers want to consume content more than they want to create it with a keyboard and mouse. Reger cites the success of iPad as evidence of this. He’s convinced that the “disadvantages” of the computer will help ensure that tablet devices sales will overtake consumer computer sales in 2016 or so, notes “The Register.”

He’s probably right, but those of us interested in content creation will still need a computer. The tablet is good at many things, but it can’t handle all the chores a desktop can.

Besides, the iPad looks to continue its dominance of the tablet market for years to come. So I doubt if Apple cares whether consumers are buying more iPads or Macs as long as they’re buying Apple products. That said, I think the cannibalization of Mac desktops and laptops by the iPad will be slight since Macs are getting more iPad-like and will continue to grab market share from Windows peecees.

What’s more, since I continue to argue that the iPad should be figured in with overall computer sales, Apple will eventually become the world’s largest computer vendor when desktop, laptop and tablet sales are combined. 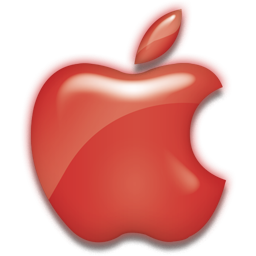