Ling Lee has announced NutriHiLo 1.0 for iOS, a health care and fitness app that provides a database of more than 160 common foods and 26 essential nutrients. Users can set multiple filters in the US$0.99 app to find foods that suit their nutritional requirements. For example, the app can search for foods high in the following: vitamin A, vitamin K, vitamin C, folate, and fiber; and low in the following: sodium, sugar, and fat. Results displayed include: broccoli, collards, endive, and turnip greens.

Tellini has released 3Doku 1.0, an iPhone version of Sudoku. The $0.99 app brings the traditional Sudoku game to the third dimension. In a 9x9x9 cube, 27 Sudoku schemas intersect one another along the three axis. Every 9×9 bi-dimensional schema must be solved keeping in mind that every single cell belongs to the selected schema and also to the other two placed on the orthogonal planes.

Bacca has introduced Baccahjong 1.0 for iPad, a matching game variation on the game of Mahjong. The board in the $1.99 game contains a number of tiles, each with a cartoon drawing of an animal. The goal is to touch one tile, then another matching tile, which removes both.

Spielhaus has launched Pixel Dude: Editor for Pixel Art with Dropbox Support 1.0, a $3.99 pixel art editor specifically designed for the iPad. Featuring color selection tools and shortcut gestures, the app “lets the user focus on the art of pushing pixels while staying out of the way to make room for the creative mind.” Pixel Dude is geared towards developers who seek to create sprites for their games, as well as designers and pixel art aficionados.

Power App has debuted AquaDrop 1.0 for iOS, where gameplay takes place underwater, and players must use streams of bubbles to push balls up from the sea floor and into baskets. Featuring advanced underwater game physics, the $2.99 game includes left and right bubble jet controllers, which must be tapped repeatedly to carry a ball upward. Players can influence the ball’s horizontal movement by tilting their iOS device, trying to achieve the highest score in the least time.

KadaMedia has unleashed Zombies in Flight 1.0, a zombie adventure title for iOS devices. It’s a $0.99 adventure with many levels and three different worlds. Your objective to wreak havoc on humans that have given zombies a hard time over the ages.

Dear Future Astronaut AB has created a $0.99 app that enables iPhone users to create infographics on their devices. Photo Stats analyzes metadata from the photos on camera roll and creates stylish infographics about the user’s photo taking habits.

Limited Securities has served up iCommodities Suite for iOS, including iGold+, iSilver+, iPlatinum+, iPalladium+ and iOil+. These applications — $0.99 each — track and evaluate the price of those commodities in more than 150 currencies, as well as provides trends, graphs and a conversion calculator. The apps can show you the price of the commodity even without opening the application. Users can receive notifications via iOS push for change in value, percentage and more.

WonderBit Labs has developed YooMote 1.0 for iPhone, iPod touch and iPad users. A new launch, the $0.99 app lets you manage you YouTube accounts from anywhere, and also allows you to navigate YouTube content on a TV or monitor with YooMote acting as a remote control.

Chillingo has rolled out three new iOS. Defeat a gremlin threat in the epic adventure game Emberwind, serve up some spicy Mexican cuisine in the time management game Taco Master, and outrun a tumbling snowball in the comical endless running game, Snowball Run. The iPhone/iPod touch versions are $0.99 each; the iPad versions are $1.99.

The Blues Masters is a new, free iOS app that offers an encyclopedia for all those eager to learn the basics of blues lead guitar and who want to discover how the legends build their solos. This free version gives you lesson’s from legendary blues players like, Clapton, Vaughan, King, Haynes and many more.

Thomas Busse has driven out Ferries HD 1.0, a free, classical line drawing game exclusively for the iPad and iPad 2. Players control a fleet of ferries and transport trucks or passengers from one city to another. This is done by simply drawing a line from a ferry to a target landing place. The player may choose from different maps with different characteristics, ferries and passengers. Earn upgrades and new ferries, and with Game Center leader boards compete with other players.

Digiarty Software has given us Air Playit HD 1.0, the iPad edition of their free software to stream video and audio library to any iOS device via WiFi, 3G/4G network. Without the need of video conversion, Air Playit can instantly play any video and audio files and share them with friends and family. Acting as a personal cloud, Air Playit supports 320 different video/audio formats from disk folder or iTunes library to iPhone, iPad, iPod via WiFi, 3G and 4G network.

Ravensburger Digital has released Puerto Rico HD 1.0 for iPad. Sailing to the shores of Puerto Rico, players put their entrepreneurial skills to the test in the $7.99 game as they take on roles of captain, settler, prospector, builder, mayor, craftsmen or trader in a multi-player, multi-task setting. Conquer other players by accumulating the most victory points through the construction of the grandest buildings, harvesting the most fruitful crops and shipping the most bountiful harvest back to the Old World.

Light Iron says its LiVE PLAY mobile playback app is now available for the iPad for $34.99. It’s an automated and interactive playback system that enables users to review takes from a film set and add comments via multiple iPads. 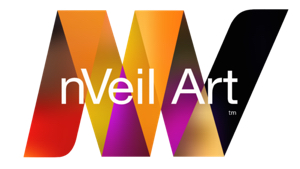