Eastman Kodak is exploring a sale of one the company’s crown jewels: the patent for previewing photographs currently being litigated against Apple and Research In Motion, reports “The Wall Street Journal” (http://macte.ch/6Z9aC).

The imaging company recently said it is considering the sale of 1,100 patents, or 10% of the company’s portfolio. Kodak said the patents at stake covered capturing, storing, organizing and sharing digital images, but didn’t specify whether the sale would include the one at issue in the Apple and RIM lawsuits.

In January Kodak filed lawsuits against Apple and Research In Motion (RIM), alleging the infringement of Kodak digital imaging technology. The Kodak complaint, filed with the U.S. International Trade Commission (ITC), specifically claimed that Apple’s iPhones and RIM’s camera-enabled BlackBerry devices infringe a Kodak patent that covers technology related to a method for previewing images. Separately, Kodak filed two suits — also in January — against Apple in U.S. District Court for the Western District of New York that claim the infringement of patents related to digital cameras and certain computer processes.

Laura G. Quatela, chief intellectual property officer, and vice president, Eastman Kodak Company, said that Kodak has licensed digital imaging technology to approximately 30 companies, including such LG, Motorola, Nokia, Samsung, and Sony Ericsson, all of which are royalty bearing to Kodak. On Dec. 17, in an action involving Samsung and Kodak, an ITC Administrative Law Judge issued a ruling declaring that the Kodak patent covering color image preview (No. 6,292,218) was valid and enforceable, and that Samsung’s camera-enabled mobile devices infringed upon that Kodak patent.

In the complaint against Apple and RIM, Kodak sought from the ITC a limited exclusion order preventing the importation of infringing devices, including certain mobile telephones and wireless communication devices featuring digital cameras.
In the first suit against Apple in U.S. District Court, Kodak alleged infringement of two patents generally covering image preview and the processing of images of different resolutions. In the second suit, Kodak alleged infringement of patents that describe a method by which a computer program can “ask for help” from another application to carry out certain computer-oriented functions. The allegations in the second suit apply to any Apple product that uses the processing method described above.

In April Apple countersued Kodak, claiming the company’s devices copy the technology that it uses in Macs, iPhone, iTunes and Photo Booth involving image processing, energy management and memory design. Apple wants all Kodak devices that violates two of its patents (6,031,964 and RE38,911) to be banned from being sold. The countersuit was filed in the California Northern District Court. 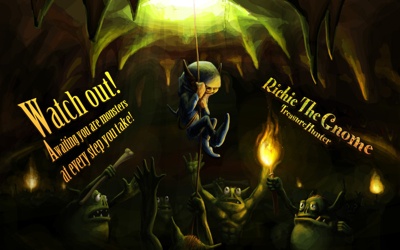