Tellini has announced 3Doku 1.0, its Sudoku developed exclusively for the iPad. The US$2.99 app brings the traditional Sudoku game to the third dimension. In a 9x9x9 cube, 27 Sudoku schemas intersect one another along the three axis. Every 9×9 bi-dimensional schema must be solved keeping in mind that every cell belongs to the selected schema and also to the other two placed on the orthogonal planes.

Cosmopolitan, the young women’s magazine, has released CFG: Cosmo for Guys, a new app designed exclusively for the iPad. Conceived and executed by Cosmopolitan editors, the worldwide authority on women, love and sex, CFG is packed with original, interactive content geared just for men. The CFG: Cosmo for Guys costs US$1.99/month, $3.99/issue or $19.99 annually.

Jobjuice has introduced Jobjuice Strategy & Consulting 1.0, a reference guide and job interview preparation tool for iOS devices. Created for MBAs and business professionals pursuing a career in consulting or business management, the $14.99 app encourages dynamic preparation to develop creativity, structured thinking and solid business sense. There are over 80 themes that use cross-referencing to reinforce the links between diagnosis, strategy alternatives, implementation and results.

James Hollender has launched Step 4 Moral Inventory 1.0, am addiction recovery based app for iPad. The $4.99 tool offered a detailed process by which persons participating in Addiction Recovery Programs can be aided in completing Step 4 of the 12 Steps without the use of any spreadsheets.

Rodrigo Perez has debuted Bouncing Birds! 1.0, a physics-based puzzle game for iOS devices. In the $0.99 app, you use your Bouncing Birds to save the world. Bounce your way over, under, and straight through the coconuts’ hideouts and 45 levels.

You can stay up-to-date with the top MVP candidates for the 2011-2012 season with MVP Tracker (Football Edition). The free app is able to compare two NFL players’ stats side by side and tracks a range of statistics, including QB rating, passing yards, interceptions, sacks, fumbles, rushing yards, completion percentage, and total touchdowns.

GeoTasker 1.0 ($1.99) is a new “to-do” app that reminds users of tasks that need to be completed by setting off an alert when approaching an area where the task is located. It not only knows when and where a task is due, but it knows how it relates to every errand en-route. Find which nearby stores have the product and which store sells it for the cheapest price. Select the locations on any route and discover the shortest path to complete the tasks in the quickest amount of time.

Realore has grown Farm Mania HD 1.0, an agricultural simulation game for the iPad. In the $2.99 app, players not only plant and sell crops, but also water and feed multiple animals as well as bake tasty pies and cakes, make warm scarfs and gloves, and implement modern technologies and their own know-how to make the farm of their dream. Farm Mania HD features 60 challenging levels in arcade and casual modes and 12 hidden object mini games.

The Sims Makin’ Magic coming to the Mac 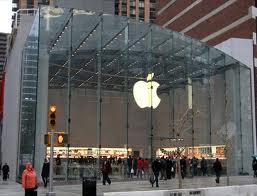