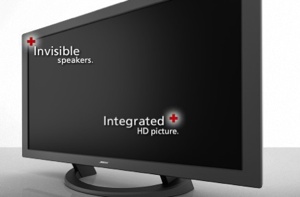 Global Equities Research analyst Trip Chowdhry told clients in a note — as reported by “AppleInsider” (http://www.appleinsider.com) that he thinks Apple will launch a new high-definition television in March 2012 with three screen sizes and price points.

He thinks the Apple HDTV would be akin to Bose’s pricey VideoWave (pictured), an US$5,200, 46-inch LCD HDTV with an integrated surround-sound speaker system. Chowdry says his “converged view” of data from various developers is “probably” 75% accurate

The analyst thinks any television set from Apple would have just one cable. He adds that the HDTV will probably be about two inches thick and sport a 16-speaker, Surround Sound system.