On June 1 Apple announced Final Cut Pro X (http:www.apple.com/finalcutpro), a new version of the company’s professional video editing software. Based on the early reactions, it seems to have joined the Cube, Ping and MobileMe in a handful of company products that have been soundly blasted.

It seems that most video pros aren’t happy with the software — or at least how Apple has handled the whole product introduction. Apple blew it on this one, and needs to take steps to correct the situation. Pronto.

There’s an online petition stating that, “Final Cut Pro X is not a professional application” (http://www.petitiononline.com/finalcut/). As I wrote this, there were over 3,000 signatures.

First of all, Final Cut Pro X is a MAJOR change from its predecessors. That scares some people. But what really scares them is that Apple cancelled Final Cut Studio and pulled it from the market immediately. Sure, Final Cut Pro Studio and Final Cut Pro X can co-exist on the same Mac, but Apple’s move makes it appear that the company wants to force users to move to the latest version.

Compounding matters is the fact that previous Final Cut Pro projects can’t be migrated to Final Cut Pro X. Whether Apple intended it this way, the message comes across as: “We’re Apple, we’ll ditch legacy apps and their data, and you’ll like it — whether you want to or not.”

Finally, there’s no support for interchange formats — XML, EDL, OMF and others — though that’s supposedly coming in an update. So is Final Cut Pro X 1.0 really a beta product? If so, how very Microsoftian of Apple.

Larry Jordan — a producer, director, editor, consultant and Apple-Certified trainer with over 25 years video production and post-production experience — is absolutely right when he says (http://www.larryjordan.biz/goodies/blog.html) that Apple needs to do three things immediately, if not sooner:

°  “Immediately return Final Cut Studio (3) to the market. If it is not compatible with Lion (and I don’t know whether it is or not) label it so. But put it back on store shelves so consumers have the ability to work with the existing version until FCP X is ready for prime time.

°  “Publicly announce a roadmap for FCP X that just covers the next 3-4 months. Apple needs to be in damage control mode and the best way to defuse the situation is to communicate. Answering the question: ‘What features will Apple add to FCP X, and when?’ will go a long way to calming people down.”

I’m not a professional videography so I don’t know if Final Cut Pro X is truly as bad as folks are making it out to be. However, the way Apple has botched its roll-out and has alienated some of the company’s most fervent fans. And that’s no way to do business.

Nektony Disk Inspector is new file organizer for the Mac 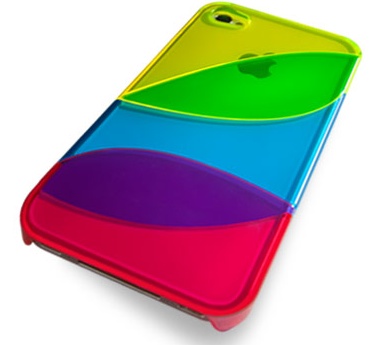