Apple’s international sales are ‘on fire’

“The Motley Fool” (http://macte.ch/o4CVZ) — a multimedia financial-services company — says Apple’s overseas demand is “exploding.” Currently, Apple collects 44% of its sales from its home United States market; however, five years ago, that figure was 59%.

As revenues climbed from about US$14 billion in fiscal 2005 to $64 billion in the past year, overseas sales led the charge, says “The Motley Fool.” International revenue soared 78% in fiscal 2010 showing that Apple’s international sales “are simply on fire,” the article adds.

“The Americas are still Apple’s largest market in terms of profit, though they beat the European market (which, interestingly, also includes the Middle East and Africa) by only a slim amount,” says “The Motley Fool.” “Growth rates continue to soar in Apple’s Asia-Pacific region, and it’s not unimaginable for that area to constitute the company’s largest market in the next half-decade — or sooner.” 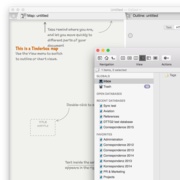