Photography has come a long way since the pioneer days of silver emulsion on glass plates. First came those antique box cameras and the flash powder photography where exposures were so long you could just about go to sleep before the picture was completely exposed. Don’t blink!

Then photographic film came along, and chemicals were improved offering faster exposures for black-and-white pictures and increasingly fine detail. Then color film processing came on the scene. Kodak famously introduced the point-and-shoot camera and “snapshots” became the rage.

Kodak got rich, and the film industry matured and was lulled to sleep until digital photography came on the scene a decade ago. Now, even cell phones have 8 to 10
megapixel camera sensors with incredible color capable chips — and they even record video.

Yet, even with modern self-focusing digital cameras, some legacy photographic boo-boos still occur. How many times have you been disappointed that a picture was great but a bit out of focus?  Even auto focus cameras sometimes slip up and the image is blurry. You or the subject moved at just the wrong time. Sometimes you realize later that had you focused on a different point the picture would have been great instead of just okay. What if you could refocus pictures later on? That would be revolutionary — and it is!  Enter Lytro technology.

In the process of invention most new technology is called continuous innovation.  The basic device is improved, made smaller, lighter, cheaper, faster or better in some way. Discontinuous inventions are those new technologies that are revolutionary. The jump from film to digital cameras is that sort of jump.  A new technology from Lytro may be a discontinuous sort of innovation, as it turns conventional notions of photographic image focusing on it’s head.

Recently, Apple introduced a technology that can retroactively adjust something akin to multiple F-stops. The technology blends up to three separate images with various F-stops into one improved picture. That is cool and creates a higher quality picture. Lytro does something similar, but in offering focus selection after the picture is taken! It sounds impossible until you see it done.

Lytro has developed a new digital camera technology using sophisticated software algorithms and a special lens that literally allow you to choose the focused point in a picture, after it is already taken! The start-up has raised US$50 million and hopes to sell special digital cameras relatively soon that can do their “focus the picture later” magic. See the web site at http://www.lytro.com . Be sure to visit the “gallery” to play with some pictures they have posted. I found that iPad didn’t work as well as a computer for those demonstration pictures.

I strongly recommend visiting the web site for Lytro. Buying stock in Lytro might also be a good idea if they go public.

From what I understand, the magic is mostly software but there are some differences in the lens arrangement. They somehow seem to capture an almost infinite number of user selectable focus points that behave like visual layers, much like some 3D TV sets I have seen demonstrated that use polarized glasses.

They describe a special light sensor as being “light field” sensitive, capturing the color, the intensity and vector direction of the light rays used to take a Lytro picture. Traditional camera sensors lose the vector data and just flatten it all into an image.

You can use a mouse point and click user interface to select any point in a Lytro picture that is already stored in your computer and the software focuses the entire photograph as if you had focused on that point when the picture was taken. The effect is amazing and intuitive. No more out-of-focus pictures. Once the picture is printed, what you print is what you get. This is sort of like a magic Photoshop feature.

Hopefully, the software will be licensed by Apple, but the actual pictures apparently need to have been taken with a special Lytro lens system. I don’t know how large the image files are, but they might not be a whole lot bigger than some of the mammoth digital photo files we commonly see with higher quality digital cameras. The gallery Lytro photographs did take a few seconds to load on their web site.

Thats Greg’s Bite on the Lytro digital photography technology; check it out. I can’t say I completely understand it, but I do know magic when I see it. 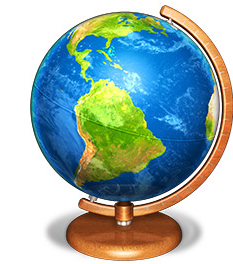