Samsung can’t get a peak at upcoming iPhones, iPads

In May Samsung Electronics sought a court order to force Apple to disclose iPhone and iPad models under development, claiming it needs the information to defend against allegations of copying. Samsung must see the final versions of the iPhone and iPad to “evaluate whether a likelihood of confusion exists” between Samsung and Apple products likely go on sale about the same time, according to documents filed May 27 by Suwon, South Korea-based Samsung in San Jose, California, federal court.

The move came a month after Apple asked the court to order the South Korean company to disclose unreleased Samsung products, according to the filing. Samsung’s request is part of a legal dispute between the two companies. Last month Samsung filed patent lawsuits against Apple over the U.S. firm’s iPhone and iPad after Apple claimed Samsung’s smartphones and tablets “slavishly” copied its products. Apple’s lawsuit filed on April 15 in the U.S. claims Samsung’s mobile phones and Galaxy Tab. Apple says Samsung “slavishly” copied the iPhone and iPad.

In a ruling released late on Tuesday, U.S. District Judge Lucy Koh said Apple’s legal claims are only based on its products that have already hit the market and that Samsung can’t get an advance preview of Apple products, notes “Reuters.”

“Common sense suggests that allegations of copying are necessarily directed at Apple’s existing products, to which Samsung has access and could potentially mimic and not at Apple’s unreleased, inaccessible, next generation products,” Koh wrote. 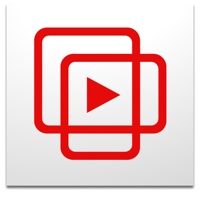