Rumors of the day: an Apple television, a new iPhone, more

“Bloomberg Businessweek” (http://macte.ch/1w0dZ) and other sources say Apple plans to introduce a new iPhone in September that boasts a stronger chip for processing data and a more advanced camera. The device will include the A5 processor, the more powerful chip that Apple added to the iPad 2 earlier this year, along with an 8-megapixel camera, up from the 5-megapixel model in the iPhone 4. My take: true on all counts, including the September release date.

The rumor mill is abuzz with (again) speculation that Apple will release its own line of television sets late this year or in 2012. My take: see tomorrow’s opinion piece by Yours Truly.

“AppleInsider” (http://www.appleinsider.com) says that Amazon plans to release iPad competitors in August or September. My take: why not? Everyone else is giving it a shot. 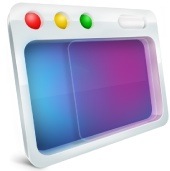