All the major competitors to Apple’s iOS platform are struggling right now, including Android. The almost laughable RIM PlayBook has been panned by just about every tech writer on the Internet and press.

Stories of high return rates, furious customers and cell networks that won’t even stock the darn thing are coming out every day. RIM stock prices are falling as the RIM market cap collapses to historic lows. Some have even speculated that Apple might buy RIM. I think Apple would be interested in RIM patents, once they fail, but would you buy a sinking ship? Why not just let it fail?

I have read insider stories of RIM cramming stock down the supply chain to networks that can’t sell PlayBook and aren’t even satisfied with the technical issues of running the darn thing on their networks. One tech writer had RIM sample him a PlayBook on a loner basis, but then couldn’t get RIM to tell him where to ship the darn thing back to them. He likened the RIM PlayBook to herpes: once you have it you can’t get rid of it, and no one wants it.  That’s a clever notion to liken a failed product to a dreaded disease, but the truth is that isn’t far off.

Remember: the head of RIM’s marketing division saw the handwriting on the wall and quit a few weeks before the good ship Titanic launched the PlayBook. He knew what the executives at RIM refused to recognize: the PlayBook wasn’t ready, the OS software wasn’t ready, the technical specifications were not competitive with the iPad and their app store was a joke.

The PlayBook couldn’t even do basic things a smartphone does and. incredibly, had to be tethered to a BlackBerry to even work over the Internet. No one not already a BlackBerry user would even consider switching to RIM’s platform to use a lackluster tablet. That issue alone doomed the PlayBook.

In addition to these problems RIM doesn’t understand the general market for tablets. They were the leader in business smartphones until the iPhone came along and rocked their boat. Apple is a public oriented company learning to be attractive to business. RIM was the business oriented company that thought they had the general public market figured out but didn’t. While touting the PlayBook as a serious business device, they failed to provide the required software and filled their app store with games.

The marketing of the PlayBook has been a disaster reminiscent of the Microsoft Kin phone. The brunt of jokes and failing to launch well, Microsoft pulled Kin and went back to the drawing board. Microsoft Mobile 7 was launched and Microsoft twisted the arms of handset makers to build phones for the new platform.

The Kin was left out in the cold as Windows 7 won’t run on a nearly new Kin. A very few swear by their Kin, but far and away, most people swear at them. Lessons like that have really caused people to be wary of adopting platforms that might fail.  Just for fun, call your cellular network and ask them if they will take your Kin phone back.

Nokia is also struggling as they find that the market for discontinued phones is limited and the higher end phones supporting their soon-to-be discontinued Symbian and MoGo operating systems are being shunned by knowledgeable people. The choice of going with Microsoft for future Nokia smartphones is a rocky road to be sure.

The staff and stockholders was very reluctant to embrace Microsoft as fully as their “Johnny come lately” CEO dictated. The Android OS made a lot more sense for Nokia, but Microsoft made promises and even was willing to pay them to take the counter intuitive move to embrace Windows 7. Both Nokia and Microsoft stock pulled back.

Android is beginning to level off and perhaps pull back a little bit in market share.  What the tech world has to understand is that a lot of what makes Android tick is Apple patented technology that is going to be challenged in federal court soon.  Every Android handset maker has been sued by Apple and has vulnerable features on their phones that might be infringing on valid patents.

Remember: Android handsets were created in a period of fast development, and Apple filed numerous patents that were clearly first to be filed, but not yet publicly disclosed. Now that the patents have issued and Apple has filed suit, the next shoe to drop will be out-of-court settlements with Apple — or they go to court and face an US$70 billion dollar backed legal nightmare with Steve Jobs grimly staring them down.

Jobs announced at the launch of the original iPHone that Apple had learned to patent everything possible, the smartphone was fully covered, and that Apple would aggressively pursue any infringement of Apple technology.  If I were an Android handset maker, I would certainly be worried. 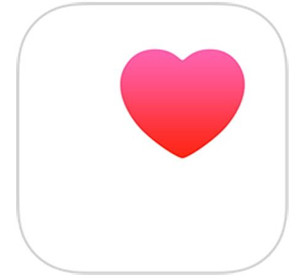