Brian Tong of “CNET” announced via Twitter that Apple is preparing to debut new Mac Pros and Mac Minis in August and that both models will have Sandy Bridge processors and Thunderbolt technology. My take: with new MacBook Airs expected in July, it only makes sense that the Mac Pro and Mac mini would do Sandy Bridge/Thunderbolt shortly thereafter.

“The fact that the iPad 3 is 3D is a dead certainty,” a Hollywood insider told “RCR Wireless” (http://macte.ch/lO3qz). She went on to say that the big film studios were currently running around like blue arsed flies trying to gear up to release plenty of 3D content in time for Apple’s next launch, the article adds. My take: “Maybe. But I’ll believe it when I see it — in 3D.”

The gang at “MacRumors” (http://www.macrumors.com) say they’ve received several anonymous tips that at least some models of the next-generation MacBook Air will be be available with a black finish. “The most specific of the claims suggests that a black anodized aluminum case would be available on a top-end MacBook Air model, in much the same way as Apple once offered a high-end black MacBook on top of the standard white offerings.” My take: I can see it happening, though Apple certainly seems so enamored with the aluminum look that this makes a black MacBook Air a bit of a long shot. Or dark horse, if you will (pun intended).

“M.I.C. Gadget” (http://macte.ch/ilbgC) says Intel is developing a “unique CPU” for the upcoming Mac Pro revamp. “This unique CPU is not seen in PC,” the article says. “So, the new Mac Pro will be significantly faster with the updated processor, and it is good for enterprise.” My take: I’m a little dubious, but I hope “M.I.C. Gadget” is right. That would certainly help jump start Mac Pro sales. 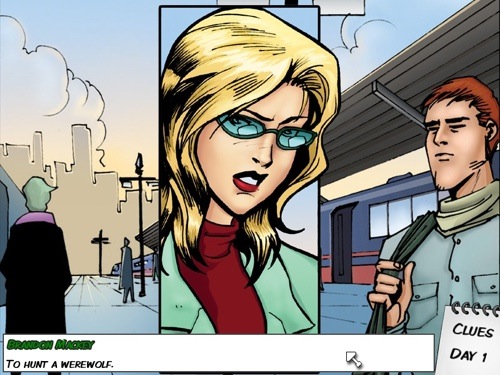