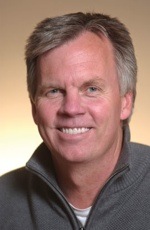 Johnson will assume the CEO position on Nov. 1, and report to Mr. Ullman, who will become executive chairman. Johnson will also join the J. C. Penney Board of Directors, effective Aug. 1.

Johnson, 52, has served for the past 11 years as senior vice president of retail at Apple., where he led its retail strategy, which from its start in 2001 now numbers over 300 stores in the U.S. and abroad.  He joined Apple after 15 years at Target Corp., where he was a key merchandising executive.

“I’ve always dreamed of leading a major retail company as CEO, and I am thrilled to have the opportunity to help J. C. Penney re-imagine what I believe to be the single greatest opportunity in American retailing today, the department store,” says Johnson. “I have tremendous confidence in J. C. Penney’s future and look forward to working with Mike Ullman, the Executive Board and the Company’s 150,000 associates to transform the way America shops.”

As a demonstration of his confidence in J. C. Penney’s long-term potential, he’s committed to make a personal investment of US$50 million in the company through the purchase, at fair market value, of 7 1/2-year warrants on 7.257 million shares of J. C. Penney Company stock.  The warrants cannot be sold or hedged for the first six years of their term and have a strike price of $29.92, the closing price of the stock on the business day prior to Johnson’s commitment to purchase the warrants.

At J. C. Penney, Johnson will also get a salary of $1.5 million and a shot at an annual bonus.