Mallow Technologies has released ConvertX for iPad 1.0. It’s a $0.99 unit and currency converter covering 684 units in 44 categories including currencies. ConvertX features a search option to search any unit or category that needs conversion. Frequently used units can be added to favorites for quick access any time. Units and Categories can be switched on or off.

TXU Energy has launched the free TXU Energy Mobile App. With this release, TXU Energy becomes the first and only electricity retailer in Texas to offer its customers mobile access to their accounts through an app for iOS devices.

Snepo has introduced Sticker Worlds, a $0.99 app for the growing pre-school market. Choose a world to visit, tap one of the colorful background environments and then drag, drop and position a selection of themed characters and objects to create a unique scene. Take a snapshot, and the scene is saved to an interactive storybook which can be revisited and added to over time.

Eric LaBadie has debuted Air Monkey for the iPhone, iPod touch and iPad. The $0.99 game is an adaptation to the online flash-based game released four years ago by the company. The player’s objective is to help Air Monkey climb up unique and challenging trees by maneuvering him up a maze of swinging ropes.

Web Masters has developed QuoteMail 1.0 for iOS devices. The $1.99 app provides quotes from the QuoteATron, which utilizes the user’s settings to provide custom quotes.

Corbenic Consulting is offering Mileage Logger 1.0 for iPhone, iPad and iPod touch devices. The $0.99 app keeps track of business mileage, calculating the cost of each trip and recording which has been reimbursed. From within the App this data can then be emailed as a CSV file attachment. Mileage Logger includes a statistics function that calculates distances and reimbursed amounts over any time period, along with other functions.

Dawn K Apps has served up Wee Pray — Pray with Me 1.0 for the iPad. The $1.99 app allows you to stay active in your children’s daily prayers. Your children can say their prayers with “you” complete with your photo and your voice. It is specifically designed for children of parents who are away from home traveling for business, parents working different shifts and more.

Pears Concept has rolled out Astronomy Walk 1.0 for iPhone, iPod touch and iPad users. In the $0.99 app, users are able to test their knowledge or learn about astronomy by answering any of over 490 multiple choice quiz questions on topics such as Constellations, Earth, Universe and more. The app tracks test results and displays them in HTML format, which can be emailed. There is also a Progress Meter showing a bar graph of progress.

Duck Duck Moose has unleashed Musical Me! 1.0, a $1.99 educational app for the iPhone and iPod touch. Designed for kids ages three and up, it explores a musical world with five activities that teaches children about notes, rhythm, pitch and instruments. Popular children’s songs are recorded especially for this app with voice, cello and violin, and instrumental versions are featured in the Rhythm and Notes activities.

Appsware has announced SYS Activity Manager 1.0, a utility maintenance tool for iOS devices. With the $0.99 app, users can track all running processes, memory usage, disk space, battery usage, and the Internet connection speed of their device.

Technical Trading Solutions has released iChartist 1.0 for their iPad, their new app that provides stock, futures, and Forex quoting, charting, and technical analysis for traders and investors. The app allows the trader to actively monitor real-time intraday charts that can be zoomed in or out, and scrolled back in time. iChartist 1.0 for iPad is free; ads can be disabled for a one-time fee of $29.99. End-of-day data is provided free of charge. Real-time data requires a market data feed subscription from a compatible third party, market data provider. Additional Exchange fees may apply depending on the markets the user follows.

Corpus Collusion has introduced The Dream Log for iPad, a $1.99 anachronous neuro-rhythmic interpolator. This journal provides six backdrops to “inspire imaginative thought and pair with preconscious musings for both creative writers and dream recorders alike.”

Toca Boca has unveiled Toca Hair Salon for the iPad, iPhone and iPod touch. The $1.99 app lets children run their own creative hair salon, using their fingers to color, comb and blow dry the hair on four different characters.

The New Jersey Division of Consumer Affairs has launched its first mobile app (it’s free) that allows users to access its license and registration database and find information about the approximately 600,000 individuals who provide services to the public, ranging from healthcare practitioners to home improvement contractors.

Apple has updated its Find My iPhone app to version 1.2. Find My iPhone can locate, send messages to, and play sounds on your iPad, iPhone, and iPod touch. As of version 1.2, the app will keep looking for your devices if they appear to be offline when you first try to find them. It will send you an e-mail if the device you’re searching for comes back online and is located Find My iPhone 1.2 also adds the ability to remove offline devices from Find My iPhone’s saved list, within the app itself.

Pose — a free mobile shopping app built specifically for fashion — has updated its platform for iOS devices to version 2.0. Pose 2.0 allows users to create a profile, follow friends and trendsetters as they shop, and track the latest releases from top brands and retailers. Users are granted their own Pose profile on the web.

Niles Technology Group has announced Middle School Writing 1.1, an update to their educational app for iOS devices. While the goal of the $16.99 app is to teach essay writing, Niles Technology Group specifically designed the content to emphasize that a student can only write about what he or she is thinking.

Pavel Agoshkov has updated Bottles HD for the iPad to version 1.2. The $1.99 app is an anonymous messaging system where users put a note in a bottle and toss it into the Internet sea for someone to find and read. Messaging is anonymous but users are able to add photos and contact details, if desired. Push notifications alert users when their message is read and users can write and read messages in their native language.

Blaugames has released Amazing Dots HD 2.0 for iPad users. It’s a $1.99 game where players must fill in a pattern of squares with their dots. There are more than 70 level designs of faces, shapes and letters, and users can play alone or take turns playing with a friend, thanks to the one or two player mode settings and the re-match option.

Movics has updated Finger Love for iPhone, iPod touch and iPad users to version 1.1. The $0.99 app offers a way for users to determine compatibility with their potential love interest.

Brain Parade has introduced See.Touch.Learn. 1.1, an update to its education app for iPad devices. The $0.99 autism and special needs app “combines the effectiveness of picture cards with the power and interactivity of the iPad to improve the learning experience for children with autism and other special learning needs.” Version 1.1 introduces enhanced audio capabilities.

Hand Carved Code has updated Priorities and Priorities Lite for iOS to version 1.1. Priorities features an outline format, enabling the user to view all to-dos at once or drill down to priorities, sub-items, and sub-tasks. Users can create re-useable templates, and pages can be color-coded to indicate the type of list. The app also includes: Fast Add, Repeating Tasks, Calendar Integration, Due Dates, Alerts, Sync, and Themes. Priorities costs $2.99; the “lite,” feature-limited version is free.

Francesco Chessari and Nicola Pacini have cooked up Stamp Art Fever 6.0, an update to their free simulation game for iPhone, iPad and iPod touch devices. In the app you trade and collect artistic stamps, build and manage your gallery, and compete against players of over the world for the most valuable collection. Version 6.0 introduces new themed sets and new game modes. 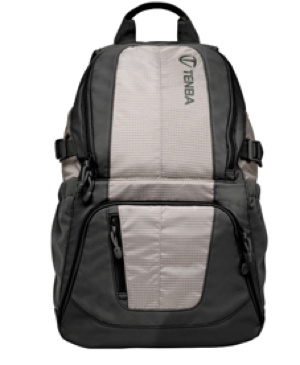