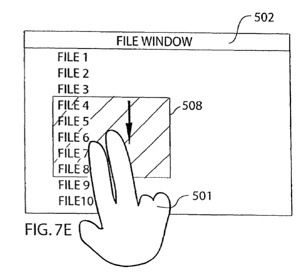 Apple has been granted several patents by the US Patent & Trademark Office, including one for a touch screen video file editing on iOS devices and, apparently, touch screen Macs (should any ever be released).

Patent number 7,956,847 involves gestures for controlling, manipulating and editing media files using touch sensitive devices. In other words, iMovie on iOS devices. Specifically, gestural inputs of a human hand over a touch/proximity sensitive device can be used to control, edit, and manipulate files, such as media files including without limitation graphical files, photo files and video files. Greg Christie is the inventor.

Here’s Apple’s background and summary of the invention: “There exist today many styles of input devices for performing operations in a computer system. The operations generally correspond to moving a cursor and making selections on a display screen.

“The operations can also include paging, scrolling, panning, zooming, etc. By way of example, the input devices can include buttons, switches, keyboards, mice, trackballs, touch pads, joy sticks, touch screens and the like. Each of these devices has advantages and disadvantages that are taken into account when designing a computer system.

“Buttons and switches are generally mechanical in nature and provide limited control with regards to the movement of the cursor and making selections. For example, they are generally dedicated to moving the cursor in a specific direction (e.g., arrow keys) or to making specific selections (e.g., enter, delete, number, etc.).
In using a mouse instrument, the movement of the input pointer on a display generally corresponds to the relative movements of the mouse as the user moves the mouse along a surface.

“In using a trackball instrument, the movement of the input pointer on the display generally corresponds to the relative movements of a trackball as the user moves the ball within a housing. Mouse and trackball instruments typically also include one or more buttons for making selections. A mouse instrument can also include scroll wheels that allow a user to scroll the displayed content by rolling the wheel forward or backward.

“With touch pad instrument, such as touch pads on a personal laptop computer, the movement of the input pointer on a display generally corresponds to the relative movements of the user’s finger (or stylus) as the finger is moved along a surface of the touch pad. Touch screens, on the other hand, can be a type of display screen that typically include a touch-sensitive transparent panel (or “skin”) that overlays the display screen. When using a touch screen, a user typically makes a selection on the display screen by pointing directly to objects (such as GUI objects) displayed on the screen (usually with a stylus or finger).

“The methods for implementing these advanced gestures, however, can be limited and in many instances counter intuitive. In certain application, especially applications involving managing or editing media files using a computer system, hand gestures using touch screens can allow a user to more efficiently and accurately effect intended operations. Based on the above, there is a need for improvements in the way gestures can be performed on touch sensitive devices, especially with respect to managing and editing media files.
“This relates to a system, method, and software for implementing gestures with touch sensitive devices (such as a touch sensitive display) for managing and editing media files on a computer system. Specifically, gestural inputs of a human hand over a touch/proximity sensitive device may be used to control, edit, and manipulate files, such as media files including without limitation photo files and video files.

Apple was also granted patent number 7,956,847 for the creation and manipulation of Internet location objects in a graphical user interface environment. Internet location objects are created and displayed as icons in a graphical user interface environment. When an object is dragged from within an application into a system window, a drag object describing what is being dragged is passed from the application to the operating system. 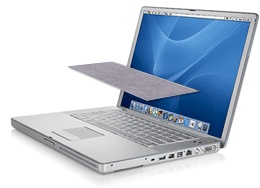 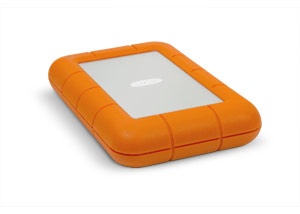