The future of TV … the Internet

Analyst Philip Leigh of Inside Digital Media (http://www.insidedigitalmedia.com) says the future of television is on the Internet. I think he’s right, though this will take time. Leigh says here is how this will happen:

° First, content migrates to the Internet where it’s accessed via browser-centric or app-centric devices.

° Second, the socket panel available on modern, flat panel TVs is the “Trojan Horse” will prompt the paradigm shift.

° Third, the future TV remote control units are likely to be smartphones and tablet computers using apps such as Peel.

° Fourth, eventually sponsors will demand that they only pay for TV commercials that are actually watched. This is already starting on the Internet. However, since conventional TV alrady has digital watermarks embedded in the audio stream, it can also be implemented in regular television via smartphones and tablet computers. The key is to augment content identification with recognition of commercials that an be made interactive.

You can see a video about the future of TV at http://www.youtube.com/watch?v=DJ8-nr-rPKc . 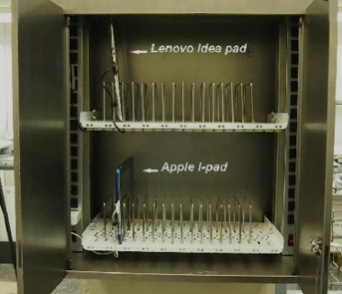