Another day, another lawsuit. Lodsys (http://www.lodsys.com) filed suit against seven developers for patent infringement in the U.S. District Court for the Eastern District of Texas. The patent holding firm has been targeting small iOS developers with notices of patent infringement for providing in-app purchase and/or Apple App Store purchase links within their apps.

On its web site Lodsys had this to say: “There was a very positive reaction in the press and blogs.  Apple appeared to give the Developer community what they wanted. Unfortunately for Developers, Apple’s claim of infallibility has no discernable basis in law or fact.”

“The [Apple] letter was very surprising as Apple and Lodsys were in confidential discussions and there was clearly disagreement on the interpretation of the license terms of Apple’s agreement.  Before, during and after these interactions, Lodsys has carefully considered this issue and consulted several legal experts to consider Apple’s claims.  We stand firm and restate our previous position that it is the 3rd party Developers that are responsible for the infringement of Lodsys’ patents and they are responsible for securing the rights for their applications.  Developers relying on Apple’s letter do so to their own detriment and are strongly urged to review Apple’s own developer agreements to determine the true extent of Apple’s responsibilities to them.

“In a private communication, simultaneous to this posting, Lodsys has sent a detailed legal position on the license interpretation issue, in writing to Apple that has been previously only verbally communicated.  Apple has our permission to publish that letter, in its entirety, should developers wish to review our dispute and evaluate the risks with their own counsel.   While we have nothing to hide, we cannot unilaterally publish the letter because it refers to information that was obtained with an obligation of confidentiality to Apple and we do not have their permission to do so.” 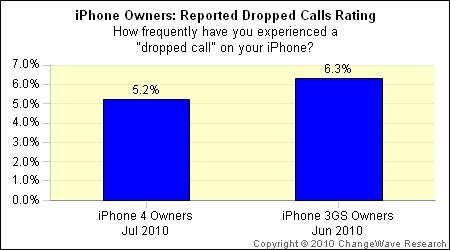 Survey: iPhone 4 owners tell what they really think about their smartphone