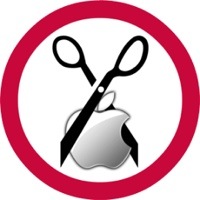 US Uncut, an organization that fights companies that try to avoid taxes, is planning to target Apple retail stores on June 4, protesting the company’s support of the Win America Campaign, reports “CNET” (http://macte.ch/CEHo2).

The group seeks to have Apple leave the WAC, which it claims is lobbying Congress for what would end up being a $4 billion tax cut for the company, as well as to cease other lobbying activities relating to “tax loopholes,” the article adds.

“Apple plays huge games with their taxes. By disguising profits in the U.S. as foreign earnings in low-tax countries, Apple dodges billions of dollars of taxes they should be paying,” the group said in a statement.

The WAC is supported by other technology companies, including Microsoft, Google, and Adobe. The group is currently lobbying for the Freedom to Invest Act of 2011, legislation introduced earlier this month that would temporarily lower taxes on American companies that sell goods and services abroad. That money could then be re-invested within the country, the drafters claim. Despite other companies’ involvement, Apple is the group’s main target for the “action day” on June 4, says “CNET.”