MochiBits has announced Indicator+ 1.0, their new utility for iPhone, iPad and iPod touch. The free app displays information about your device on the Home Screen Icon Badge. You can choose between 31 separate data values that will be displayed on the main home screen when the app is closed.

Southern Living has launched The Big Book of BBQ app for the iPad. It will be available for $7.99 through July 4 and then $12.99 afterwards. It’s filled with recipes and cooking tips.

Georgios Karakatsanis has introduced iVoice-Reminder for the iPhone, iPod touch and iPad. By adding voice or written messages and related location, the app provides a way of organizing your tasks that are based on your geographical position. iVoice-Reminder is free and allows three tasks. A full version is $0.99.

Danholt4mac has served up Movator 1.0 for iOS, a $2.99fitness app that employsmotion-sensing technology to record the number of calories the user burns each day. The proprietary technology allows the user to simply carry the iOS device in their pocket, and the app will recognize and record different activities, including walking, sitting, running, driving and doing work at a desk.

MEA Mobile has created ZipPic, a $0.99 time saving picture utility for the iPhone and iPad 2. Users tap the app icon and are immediately presented with the camera view. Tapping anywhere on the screen snaps the picture or starts the video recording. The picture or video is then automatically put into an email and addressed to a preconfigured group of recipients or destinations. Users can configure the app to work with social media sites including: Basecamp, Blogger, Box.net, DropBox, Facebook, Flickr, Go Daddy Photo, Posterous, Snapr, Tumblr, Twitter, PhotoBucket, YouTube, Vimeo, Windows Live, and WordPress.

Holderness Media has bounced out Dawjuh Ball 1.0 for iPhone and iPod touch devices. The $0.99 game mixes elements of air hockey, dodge ball, and ping pong. Your goal is to strategically dodge and hide behind planks to reflect orbs away from you.
Doodle Plane has soared from Chitralkeha Products. The $0.99 side-scroller flying game for iPhone, iPad, and iPod touch users challenges players to pilot an airplane across a diverse array of worlds, avoiding danger and obstacles along the way.

Fly-n-Boom! is a new game inspired by Angry Birds and is available for the iPhone, iPod touch and iPad. In the US$0.99 game, you guide a terrified bunny tied to a speeding rocket through challenging physics-based levels. Bail from the rocket before launching it towards those pesky foes. Watch as the blast propels objects and causes structures to tumble down. Make a splash by sinking all bad guys into the watery hazard below. Rack up points with special items and bonuses.

Comcast says its digital subscribers using the iPhone and iPod touch now can stream thousands of hours of On Demand video on their devices through the company’s free Xfinity TV app. Beginning today, customers using these devices and the iPad can download a new version of the Xfinity TV app, and have access to a vast collection of entertainment in the palm of their hands for free.

Skyreader Media has published its first eBook Apps, Robo Buddy and Coyote’s Tale.  Both titles, previously only available in print for use by the K-12 school system, are now available for the iPad at $2.99 each.

Blues Masters 1.0 for the iPad is a $9.99 encyclopedia for all those eager to learn the basics of blues guitar and who want to discover how the legends build their solos. Users can learn from 115-plus authentic riffs from 16 masters of the blues guitar, including Clapton, Vaughan, B.B. King, Haynes and more.

How strong are your visual perception skills? Find out with Zoomed!, a $0.99 puzzle game for the iPhone. View pictures of ordinary objects and choose the matching word in the list. Pictures are zoomed-in on objects, showing only part of the object. The matching word list is about 400 words long. Zoomed! 1.0 includes over 90 puzzles and is Game Center enabled for earning achievements.

James Hollender has updated his iSatFat fitness app for the iPhone, iPod touch and iPad to version 2.2. The $1.99 utility allows users to find and record the saturated fat content in over 1,100 different food servings, helpful information for those who must limit their saturated fat intake. This app is based on the USDA National Nutrient Database for Standard Reference. Version 2.2 includes the capability to record saturated fat intake by the number of servings.

Beutelkind has announced Hidden London 3.5 for iOS devices. The free app is designed to help you discover 80 unusual, amazing, intriguing and surprising places to visit in London. This travel app also features a map of the city, showing how to find these places, as well as the ability to contact the places directly from the app.

iNetwallpaper Limited has updated their $0.99 app that turns an iPad into a digital art gallery with over 400 HD wallpapers. You can use the wallpapers for home screens and lock screens.

ConIT AG has released AppZapp 3.2 for iOS, an update of their free news app that provides encyclopedic listings, searches, filtering, activities, news, charts, and specials for all 93 global iOS and Mac App Stores. Based on a specially developed algorithm, AppZapp provides the top newcomer apps, most viewed, most liked, and the Top 400. All 350,000+ listings, including price charts, screenshots, descriptions, ratings, and choice of 21 different app categories are available for viewing from within the app.

4division has updated Flick Away, an action game for iOS devices, to version 1.0.1. The $0.99 features a game flow with cute animals and a fancy environment. There are seven different animals with their own costume. Complete the missions of each level to unlock new animals and their costume. Each level comes with three missions. 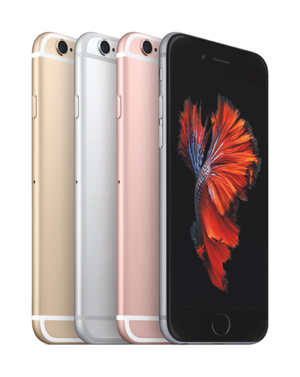 iPhone 6s and 6s Plus sales off to a raging start