Worldwide mobile communication device sales to end users totaled 427.8 million units in the first quarter of 2011, an increase of 19% from the first quarter of 2010, according to Gartner (http://www.gartner.com). Smartphones continued to outpace the rest of the market, and a newly competitive mid-tier smartphone market will drive smartphones into mass adoption and accelerate this trend, says the research group.

Apple sold 16.9 million iPhones to end users worldwide, more than doubling its sales of iPhones year-on-year. This market-beating growth came from all regions: the iPhone is now available in 90 countries from 186 communication service providers (CSPs).

“This strong performance helped Apple consolidate its position as the fourth largest brand in the mobile communication market overall,” says Carolina Milanesi, research vice president at Gartner. “Considering the higher than average price of the iPhone this is a remarkable result and highlights the impact that a strong aspirational brand can have on a product.”

Inventory levels at the end of the first quarter of 2011 were slightly higher than usual, as Apple not only continues to expand in markets such as China, where distribution is more fragmented, but also extends its reach with new CSPs.

“Smartphones accounted for 23.6% of overall sales in the first quarter of 2011, an increase of 85% year-on-year,” says Roberta Cozza, principal research analyst at Gartner. “This share could have been even higher, but manufacturers announced a number of high-profile devices during the first quarter of 2011 that would not ship until the second quarter of 2011. We believe some consumers delayed their purchases to wait for these models.”

Overall, the earthquake and tsunami in Japan will have a smaller effect on the mobile communication devices market than initially anticipated. There is currently about six to seven weeks worth of inventory of finished products in the channel and about four weeks worth of inventory for components. Gartner estimates that manufacturers’ sales into the channel will drop in the second quarter of 2011, while sales through to consumers will be flat.

Nokia sold 107.6 million mobile devices in the first quarter of 2011. Its market share declined 5.5 percentage points year-on-year, and its share has reached its lowest since 1997. Nokia will aggressively lower average selling prices (ASPs) in markets where CSPs control the sales channels, in order to maintain shipments of Symbian devices while waiting for its first Windows Phone 7 devices to reach the market. However, Nokia will face challenges from Android competitors and from some Japan-induced supply constraints, notes Gartner.

Samsung experienced its strongest first quarter ever. The shift to higher end smartphones, such as the Galaxy line, led to an increase in ASPs. This helped to offset an increase in materials costs. Samsung made numerous product announcements during the first quarter of 2011.

HTC recorded a very strong first quarter with 9.3 million mobile communication devices sold and moved to the No. 7 position. Strong high-end products helped HTC perform well with all major US CSPs, and in the first quarter of 2011 it became the No. 2 smartphone manufacturer in the region, overtaking Research In Motion.

Although in mature markets the shift from feature phones to smartphones is accelerating, smartphones overall moved down-market in the first quarter of 2011. Several manufacturers, including HTC, Sony Ericsson, Alcatel and ZTE, announced a broader portfolio of mid-tier devices, mainly based on Android, which will reach the market in the second quarter of 2011.

Android and Apple’s iOS continued to dominate the smartphone operating system (OS) wars. However, the big news in the first quarter of 2011 was Nokia’s strategic alliance with Microsoft on Windows Phone 7, and the retirement of Symbian.

“This will precipitate a competitors’ rush to capture Symbian’s market share in the midtier,” says Cozza.

In the first quarter of 2011, RIM announced that it would transition its BlackBerry portfolio to the QNX platform in 2012. This should make its smartphones more competitive in graphics, performance and touch, and unify RIM’s tablet and smartphone user experience.

Windows Phone saw only modest sales that reached 1.6 million units in the first quarter of 2011, as devices launched at the end of 2010 failed to grow in consumer preference and CSPs continued to focus on Android. In the long term, Nokia’s support will accelerate Windows Phone’s momentum. 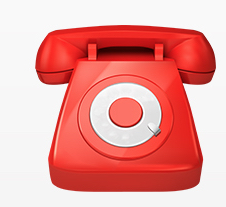