Apple Vice President of Software Technology Guy “Bud” Tribble spoke to members of the U.S. Senate on Tuesday, reiterating the company’s position that it makes user privacy one of its highest priorities, reports “AppleInsider” (http://www.appleinsider.com).

He repeated points the company made in a public statement in late April that Apple doesn’t track users’ locations, and doesn’t share personally identifiable information with third parties for marketing purposes without a user’s consent. Tribble pointed out that Apple has a privacy policy available from a link on every page of Apple’s website. He also said that Apple devices, like the iPhone, don’t transmit to Apple any data that can be uniquely associated with the device or that customer, notes “AppleInsider.”

“Apple is strongly committed to giving our customers clear and transparent notice, choice and control over their information, and we believe our products do so in a simple and elegant way,” Tribble said. “Apple was never tracking an individual’s location from the information residing in that cache,” the Apple executive said. He added that Apple did not have access to the cache, and the information was also protected from other applications on a user’s phone. 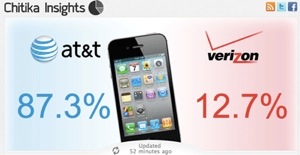