When the next version of Lion prowls, it will certainly be an interesting critter. In some ways, it’s designed to be the ultimate consumer-oriented operating system as it melds iOS and traditional Mac OS elements. In other ways — or at least one — it may well appeal to the enterprise.

Lion will include Lion Server at no extra charge. In other words, there’ll no longer be separate Mac OS X and Mac OS X Server versions — there’ll just be one Mac OS X. You’ll be able to provision any Mac with Lion as a server through a simple setup process.

As Ryan Faas, writing for “Computerworld” (http://macte.ch/PlNri), notes, this move by Apple is pretty surprising, especially if you’re used to dealing with Microsoft’s client and server products, which are clearly differentiated by features and pricing. Fass says he can’t imagine Microsoft ever giving away Windows Server in any form for the price of a client license. Pricing starts at $999.

Heck, even Apple has always charged more for Mac OS X Server than for its client OS releases. A 10-user license version used to run US$499 and an unlimited license for $999, though Apple killed the limited version with the release of Snow Leopard and dropped the unlimited version to $499. Soon, you’ll get the server features in plain ‘ol Lion, which I expect will cost $100 to $130 for the DVD version — and, I suspect, substantially less if you buy it at the Mac App Store.

According to Apple’s website (http://www.apple.com/macosx/lion/), Lion Server will offer the same simplified setup options found in Leopard and Snow Leopard. Lion Server will guide you through configuring your Mac as a server. It will provide local and remote administration — for users and groups, push notifications, file sharing, calendaring, mail, contacts, chat, Time Machine, VPN, web, and wiki services — all in one place.

Lion Server also sports a Wiki Server 3, which is designed to make it easy to collaborate, share, and exchange information. Users will be able to switch between a server’s home page, My Page, Updates, Wikis, People, and Podcasts. Apple claims file sharing will be simpler than ever, and a new Page Editor will facilitate customization.

Lion Server will also deliver wireless file sharing for iPad. Enabling WebDAV in Lion Server will give iPad users the ability to access, copy, and share documents on the server from applications such as Keynote, Numbers, and Pages.

The importance of Lion Server shouldn’t be underestimated. With no extra costs and the ability to set up core services on an existing Mac, small businesses, home offices and individual schools can all get their basic networking needs met virtually for free.

Or as Fass writes: “Most of these features go well beyond the needs of individual users setting up a home server or small business. However, many are employed in Mac-only and mixed environments at schools and larger organizations. The fact that Apple continues to make them available indicates that the company isn’t fully abandoning the enterprise capabilities of its server platform; in fact, by making them essentially free, Apple might actually encourage more widespread adoption. Given the price, many organizations may well explore these features, perhaps first as pet projects and later for daily real-world use.” 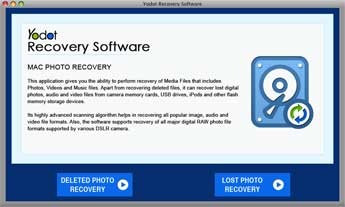