Sometimes the synergy of two companies are so symmetrically fitting a merger or takeover is like a marriage made in heaven. Everything just fits like a glove.

Sometimes, such a business marriage is conceived in a far darker and hotter place. PC Magazine’s Peter Pachal appears to be having hallucinations or the blue screen of death happened on his PC, once too often. The URL for the story is: http://www.pcmag.com/article2/0,2817,2384918,00.asp (this article is best read while eating corn flakes).

Peter Pachal has suggested that in some way Microsoft and RIM could merge and in combination break into Apple’s monopoly in the smartphone and tablet markets. This is partly due to a surprise announcement yesterday that RIM will make Bing the default search engine for RIM devices. We don’t know how much Microsoft is paying RIM for dumping Google. More on this development later.

Pachal has seemingly forgotten that Microsoft doesn’t have the software to compete with the iPhone or iPad. The brains trust at Microsoft has been asleep at the switch for several years, and now that sleeping beauty has awakened, the world is far different place than when they started napping. This also assumes Apple will quit innovating, which is also a problem for RIM/Microsoft in the fantasy tapestry Peter is weaving.

RIM may indeed fail with serious clunkers like PlayBook, Bold, Blunt, Storm and other BlackBerry lackluster products, to the extent that the current 25 billion dollar RIM market cap, within a year’s time, falls to half that. Microsoft has more money in the bank than ingenuity in its staff, and since Microsoft is so far behind Apple, buying into the smartphone/tablet market may be the only way in for them.

The Kin sure didn’t fly, and that was Ballmer’s smartphone baby. Windows 7 smartphones are not flying off the shelf and some handset makers are very disappointed. Amazingly, Nokia seems to have ignored the lackluster sales of existing Windows 7 phones and agreed to take a billion dollars in cash from Balmer to adopt Microsofts Windows OS for future Nokia phones. Will RIM do the same thing?

Pachal has one valid point: the software void in RIM product line is their weakest point. There have been some who have criticized RIM handsets as not being mechanically substantial, but those issues can be fixed much more easily than crappy operating software. Is Windows 7 better than RIM’s current OS? Is Windows 7 better than Nokia’s current OS? Will paying Nokia a billion dollars to adopt Windows Mobile OS, or even buying RIM make Microsoft a long-term player in the smartphone market?

I think the consolidation of the losers won’t create a large winner. Each of the three companies discussed have specific inherent problems that the combination of them won’t solve. The bigger they are, the harder they fall.

Finally RIM, despite desperately reaching out to Google for Android Apps to run on PlayBook with a runtime app (to be released someday), RIM has chosen to appoint Bing as its default search engine. One would assume PlayBook users can change the default search engine back to Google, but, who knows what RIM software preferences will be able to do. The problem is that Bing is costing Microsoft a billion dollars a year in operational losses. Hanging on to a billion dollar a year red ink generating division is something Microsoft thinks it can do.

Sales of the slowly fading to blue Windows PC OS monopoly will still generate considerable income for some time to come, no matter what happens in the smartphone and tablet markets.  With Google Android handset makers facing Apple in court over serious patent infringement issues, RIM and Nokia so desperate they reach out to Microsoft for mobile software, the future looks bullish indeed for Apple. With Apple’s Mac OS X gaining strength against the Windows PC OS and Mac computers gaining PC market share, Microsoft’s giant corporate iceberg is melting around the edges in a rather warm sea … darn global warming.

I loaded the new iOS update for iPhone and iPad yesterday and turned the location on and off to clear the cache. I am glad Apple responded so quickly with an update to “fix” the location bug. 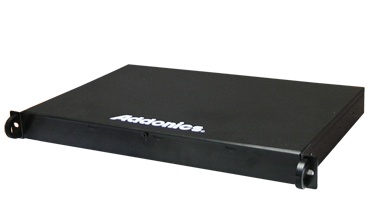