Notes on the digital lifestyle…

Arbitron (ARB) and Edison Research released a report recently that bodes well for the future of the iPhone and iPad, as well as Apple in general.

ARB and Edison measured affinity for dozens of products and services, and the iPhone was the clear leader with 66% of its users saying they “love it” (on a scale of 1 to 5 where 1 is “hate it” and 5 is “love it”). The next highest platform was the iPad, with 53% saying they “love” their device.

The study used a random sample of 2,020 respondents, 12 years of age and older, culled via random digit dialing and from Arbitron Fall 2010 diary keepers. Telephone interviews, which included both landlines and mobile phones, and diary keepers represented 54% and 46% of the sample, respectively. Researchers conducted 480 of the interviews with cell phone respondents, according to the Edison website (http://www.edisonresearch.com).

The rapidly expanding use of three enabling technologies (broadband, multiple computers, Wi-Fi) in American households means new opportunities and rising expectations for interaction and interconnectivity. Mobile and in-car are the next frontiers, but it is crucial to have a winning digital strategy for the home today, says Arbitron and Edison. And that’s where the Mac comes in — it’s still the cornerstone of the “digital lifestyle.”

While the “convergence device” may be the mobile phone, content providers — including Apple — mustn’t overlook the fact that over half of American households have multiple computers and nearly two-thirds of domestic Internet is accessible over wireless networks. A mobile strategy is important, but rich experiences in- home (such as on a Mac or Apple TV) are still a very attractive aspiration for media properties. 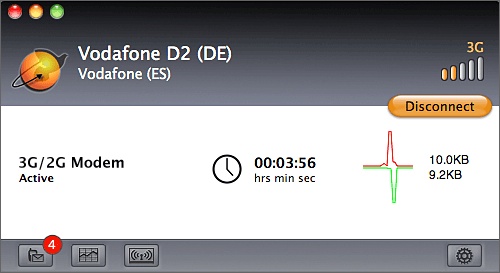