Yesterday Apple released a 10 point information sheet and did an interview that addressed a lot of concerns iOS users had regarding location logs. It turns out that while the outrage has largely melted away with rational explanations for what Apple was doing, they did admit there were “bugs” in the data logging portion of the iOS, that are going to be fixed soon. Apple’s explanation mitigates my concerns, but doesn’t reassure me that mobile data is as secure as it ought to be.

I want to apologize to Apple, Steve Jobs and any readers who were unduly alarmed by my reporting of material regarding this subject that I deemed reliable that turns out to be technically a bit off the mark.  I was alarmed myself when I downloaded the tracker app and ran it on my MacBook Pro.  The map of the Kansas City area that popped up showing the contents of the location log stored on my laptop from iPhone sync data was startlingly revealing about my locations during the previous year.

Numerous articles I read alluded to time-dated GPS locations stored on the location log and that was the basis for my most serious alarm. GPS is so accurate you can figure out even the room you are in, let alone the building you are in. That kind of specific location information linked to time/date stamps was what really had me up in arms. Sometime people try to give me more information about finding their house when giving me their address over the phone. I pull up the satellite picture of their house with Google maps and confirm the color of their roof and that gets a laugh out of them.

The location solutions Apple has offered are absolutely reasonable and satisfy my concerns.  They blame an error in the iOS for maintaining location records indefinitely on the syncing computer, and that period of retention will be reduced to only the most recent week. That period is enough to help them quickly locate the iPhone or iPad without creating the detailed location map I saw. Reducing the amount of location data is very helpful in relieving privacy concerns while meeting technical requirements for iPhones to work as well as they do.

Apple also admitted that turning Location Services off did not stop the logging feature using cell tower and Wi-Fi information. That is going to be changed with the next iOS update to dump the location cache if you turn location services off in your “Settings” page of the iPhone and iPad. The location log will be encrypted on the iOS devices in the future to make that information more secure.

Apple pledges to not use location information on Apple devices without explicit permission for each app. Location Services will have a default of being off without users intentionally turning that feature on. I found a social networking app on by default when I got my latest iPhone. That shouldn’t happen any more.

Apple has made a commitment to secure data on iOS devices to protect our privacy. That is reassuring. If nothing else, this exercise has sensitized us all to potential abuses and put the cell phone industry on the spot to protect our data. Google hasn’t released information about the Android OS location protocols, but Microsoft says they do location differently than Apple does and that no backup log is created on your PC.

Even our Senators and congressmen have sensed a groundswell of concern for privacy of our mobile data. Let’s hope the lawmakers and potentially the courts will also move to secure mobile data, which is not currently very secure, from a legal standpoint now. Apple never suggested the persistent location logs were required by FCC rules to locate 911 callers. That theory was advanced late in the saga.

I expect Apple to push the envelope in protecting my mobile data. That seems to be what they have announced they intend to do.  Lets see what happens over time. My faith in Apple wants to be restored. 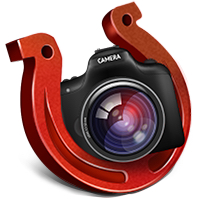