Beiz has announced Lola’s Magic Cube for iOS. It’s a kids’ puzzle game that can be played with iPhone or iPad touch screen devices. Lola’s Magic Cube has three levels. The iPhone/iPod touch version costs US$0.99, and the iPad version is $1.99.

Dereza Art Studio has released Lines Master 1.0 for iOS. It’s a $0.99, logic game that contains four game fields, The purpose of the game is to clear chosen game fields by arranging appropriate objects. Each time you move the objects on the game field more and more differing objects will appear.

University of Phoenix, the nation’s largest private university, is offering its students a new way to participate in the online classroom with the PhoenixMobile app for the iPhone and iPod touch. The free app goes beyond the campus maps or lecture downloads to enable University of Phoenix students the ability to move between the online classroom and their mobile phone.

Swift Fox Software has unleashed Rocket Chimp 1.0. In the free game, you take the role of Ham the space chimp on his first voyage into the great unknown. Avoid asteroids, comets,  and other space debris while collecting fuel to keep flying. Using the ship’s shields he can bust through anything that stands in his path. Don’t forget to collect fuel canisters or you’ll be parachuting to Earth.

Tilt Shift Games has cooked up EggRollin, a pick-up-and-play physics puzzle game for iOS devices. The $0.99 app lets you build, edit and save your own levels. You roll, bounce, balance, fling and slide your way through 72 levels to collect golden energy beads.

Rusted Gears has updated Photo LoL, an iPhone app for changing colors and improving pictures, to version 1.0.2. Along with the ability to adjust elements like brightness, saturation and contrast, the $1.99 app lets users create any look they like by applying effects, changing colors and altering the RGB values. Photo LoL features selection tools, a layers system, sharing options for Facebook, Twitter and Random Effects and more.

ChordBankPro 1.1 takes cues on design from Apple in its latest release, which adds support for left-handed guitarists, and what it calls Smart Chords. It’s a $4.99 guitar chord-finder app for iOS devices. The app draws on popular chord changes to generate dozens of chord progressions for each of the thousands of chords in ChordBankPro. The “Smart Chords” features dozens of progressions, each organized by the target chord’s ‘alias’ in a scale. 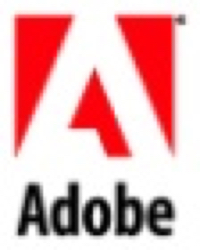