U.S. Senator Al Franken (D-Minn.) — chairman of the Judiciary Subcommittee on Privacy, Technology and the Law — says he will be holding the subcommittee’s first hearing, titled “Protecting Mobile Privacy: Your Smartphones, Tablets, Cell Phones and Your Privacy” on Tuesday, May 10, at 10 am. Sen.

Franken has invited representatives from Apple and Google. Confirmed witnesses include officials from the Department of Justice and the Federal Trade Commission; Ashkan Soltani, independent privacy researcher and consultant; and Justin Brookman, Director of the Center for Democracy and Technology’s Project on Consumer Privacy.

”Recent advances in mobile technology have allowed Americans to stay connected like never before and put an astonishing number of resources at our fingertips,” says Franken. “But the same technology that has given us smartphones, tablets, and cell phones has also allowed these devices to gather extremely sensitive information about users, including detailed records of their daily movements and location. This hearing is the first step in making certain that federal laws protecting consumers’ privacy-particularly when it comes to mobile devices-keep pace with advances in technology.” 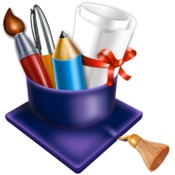