“We estimate Apple’s wholesale revenues for its iPhone handset division stood at US$11.9 billion in the first quarter of 2011,” says Alex Spektor, Senior Analyst at Strategy Analytics. “Apple overtook Nokia for the first time, which recorded a lower US$9.4 billion of wholesale handset revenues. With strong volumes and high wholesale prices, the PC vendor has successfully captured revenue leadership of the total handset market in less than four years.”

Neil Mawston, director at Strategy Analytics, adds: “In revenue terms, Apple is now the world’s largest handset vendor, smartphone vendor and tablet vendor. Apple’s proprietary ecosystem of hardware, software and services has proven wildly popular and hugely profitable. However, rivals are chasing hard, particularly the Android vendor community, whose global installed base of smartphones we estimate will exceed that of Apple’s by the end of 2011. Nokia is also investing heavily with Microsoft and Apple will be a key target for them next year.” 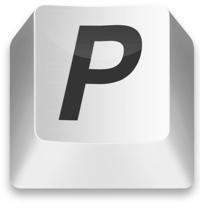