iPod sales down (as expected), iBook sales way up

For its fiscal 2011 second quarter Apple sold nine million iPods, which is down 10.9 million from the year-ago quarter. That’s down but still ahead of Apple’s expectations, according to Apple Chief Financial Officer Peter Oppenheimer.

Of course, with the continuing phenomenal success of the iPhone and the iPad, it would be astounding if iPod sales continued to grow. However, that doesn’t mean the products are on the way out. They’ll be around for a looooong time.

The iPod touch accounted over half of the iPod models sold. The iPod is still the top-selling MP3 player in most countries tracked and still accounts for over 70% in the US, says Oppenheimer. 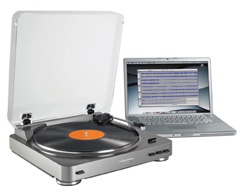