Anyone who reads a lot about Apple and the tech world run into articles regarding lawsuits over various patents, trademarks and other legal issues between the major tech players. One of the boiler plate lines in standard incorporations papers is the line that the new corporations can “sue and be sued.” As a legal “person” corporations can be sued for the things they do or fail to do, especially performing or not preforming contractual duties. Corporations can also own real property and “intellectual property”.

Intellectual property amounts to ideas that are protected by law, such as patented inventions, copyrights, trademarks and the like. To understand the current legal bluster from Apple, one needs to recall the history of the company and the long running and bitter battle Apple fought with Microsoft over the look and feel of the Mac OS, which Bill Gates famously “used” to create Windows 1.

Despite a non-disclosure agreement he signed, Gate was “inspired” by the Mac OS look and feel and adapted and appropriated elements of the Mac into Windows. Steve Jobs was rightly furious. Gates was to create software to run on the new Mac OS, not copy its features for a new graphic user interface PC OS.

Apple and Microsoft fought it out in court for years before settling out of court some years later.  Both had spent a bundle and were tired of fighting. Gates agreed to loan Apple some much needed money and Jobs threw in the towel and the legal battle was over. The lessons learned were that the legal side of the company was critical, and Apple beefed up its cadre of attorneys of all stripes and became known for busting any little infringement of anything Apple considers its own.

Yesterday I noticed a neat little USB hub, shown in online stories, that when hooked up to a hot USB cable lights up a white Apple logo in the middle of the device. Amazingly, the logo is exactly an Apple trademark protected logo. To expect that Apple also noticed, and its attorneys are beating a path to the door of the company that launched the device would be an understatement. Apple has become known for coming down like a ton of bricks on infringers.

Recently Apple lost a dispute in the International Trade Commission where Apple tried to stop HTC and Nokia from importing cell phones into the Untied States that Apple contends are knock-offs of its iPhone. Incredibly, while not really ruling on the merits of Apple’s case, the economic disaster to HTC and Nokia were the issue. The ruling isn’t binding in court, but it was an attempt by Apple to quash competition that was using Apple’s technology. The courts are much less likely to overcome actual infringement over economic hardship issues claimed by the infringer.

I saw a chart of the tech industry companies represented with blocks for each company and arrows that connected them together as to who is suing whom. It reminded me of a plate of spaghetti.

There is the patent troll suit. This is where someone filed a general patent that loosely covers a lot of ground and yet somehow was granted by the Patent Office. Keep in mind that just because the Patent Office grants a patent doesn’t mean the patent is valid. When sued by someone trying to get a bite of the Apple unfairly, the first line of defense is for Apple to claim the patent isn’t valid. Apple will claim the patent is obvious and thus not valid in court. That sometimes works, and a judge will agree and throw the case out and Apple wins. Sometimes the case is settled out of court as a nuisance abatement settlement and Apple figures a few bucks on settling is a bargain compared to spending a fortune in court.

Sometimes the supposedly infringed patent is considered valid over Apple’s objections, then Apple will claim they didn’t infringe on it in the first place. This also sometimes works. Apple will try to show that the intent of the patent is to protect something else and shouldn’t apply to the situation being contested. That is often the case, and if the court narrowly construes the invention, that works. Other times the wildly broad claims of an irrelevant patent are upheld and Apple can either appeal or pay up. Apple can certainly appeal with 60 billion dollars in the bank.

Sometimes Apple sues when they discover other companies have released products that infringe on Apple technology. A federal lawsuit is then filed, and the infringer can stop selling the device or face Apple in Federal Court … someday, a few years and a few hundred thousand dollars of legal fees down the line.

Sometimes Apple was aware or unaware of a valid patent they needed to infringe, and they go ahead and use the patented concept. In this case Apple might be more willing to settle if they think they are unlikely to beat the case in court. The reasonableness of the settlement then becomes the issue.

As I have noted in this space previously, the Federal patent infringement lawsuits Apple dropped on the desk of all the companies that are manufacturing Android handsets are critical and will either kill Android or allow that platform to continue with modifications of features that are too close to Apple’s iPhone and iPad.

The touch screen interface Apple introduced is worth a bundle, and there are many patents covering every aspect of that interface. When Steve Jobs introduced the iPhone he stated that Apple covered every aspect of the iPhone and would vigorously defend their invention in court.  Those Android handset law suits are the first salvo in what will become a major legal battle over ownership of the smartphone industry.

Apple, Google, RIM, Nokia and others are very interested in obtaining a portfolio of patented owned by Nortel. That portfolio consists of roughly 1,000 patents owned by Nortel Networks, who went bankrupt. The cell phone patents up for auction are like a hand full of aces in a poker game. In Federal court holding aces is very helpful.

Google has the most to gain from owning the Nortel patents, since it has far fewer cell phone patents than the other major players. Apple has a lot more cash in the bank and holding all those additional patents may be worth the money as killing Android is the key to owning the smartphone market Apple pioneered with iPhone.

Apple has the technology, parts supply, R&D, market, software and momentum to own the touch screen smartphone and tablet market. Time will tell how well all this works out for Apple. The legal battle over the Android platform intellectual property is going to define smart phones and tablet computers for years to come.  Remember this main point: if Apple can kill Android off, the rest of the industry isn’t anything to worry about. 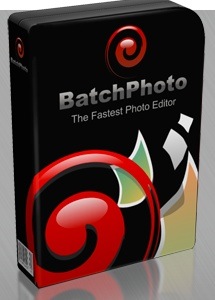 Don’t hold your iPhone 4 THAT way