iPhone and iPad maker Foxconn Technology Group is considering investing US$12 billion in Brazil, “a move that could help Apple and other tech companies expand in the world’s eighth largest economy,” reports “Reuters” (http://macte.ch/F59hQ).

Brazilian president Dilma Rousseff said on Tuesday her government is studying Foxconn’s investment plan, the latest move by the manufacturer to expand its manufacturing operations beyond the booming southern Chinese city of Shenzhen, the article adds. Rising labour costs have forced many companies to set up operations in cheaper parts of China, but a Foxconn move into Brazil would help tech companies sidestep hefty import tariffs on products they sell in the South American country, notes “Reuters.”

The move is possible within the next five to six years. The Brazilian government is forming a working group to look at issues raised, according to Rousseff. 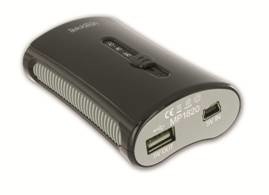