Kensington’s US$59.95 PowerGuard case (http://us.kensington.com/html/17804.html) with integrated external battery has great potential but fails to deliver in critical areas. However, it is one of the least expensive out there, so it might be a good option for those who are price conscious.

While priced similar to other integrated battery cases, the case weighs more, yet has the least capacity of the cases I reviewed: 1200 mAh.  Kensington reports for an iPhone 4 use this adds four hours of extra talk, five hours of video, or 22 hours of music. My experience is consistent with that claim.

One of the key flaws of the PowerGuard case will be encountered immediately: opening the darn thing. Unlike other cases that have easy hinges, the PowerGuard requires a coin or flat-head screwdriver to separate the bumper from the battery. Apply too much pressure and you’ll crack the plastic tabs like I did! If you are out in the field and need to change to another case — good luck.

Another flaw is lack of a capacity indicator. Most external battery chargers include LEDs or other indicators to know how much capacity is left in the battery. The PowerGuard has one light that indicates whether or not you have a charge.

One nice feature is the fact it has a slot in the back that you can use the supplied credit-card like plastic card to create a horizontal stand. I doubt if anyone will actually use the supplied card; I already carry enough of those in my wallet. Finally, my loyalty card for the grocery store has some use!

If price is the critical factor, the Kensington PowerGuard might be a good option for you if you don’t need to remove your iPhone from the case that often. Otherwise spending a bit more on another case will get you a better value with less frustration. 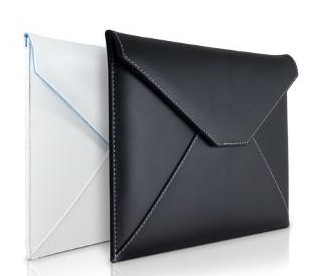