I’m dubious about an ‘iPhone nano’

Rumors about a small, feature-limited, inexpensive iPhone have been circulating for some time — and they’ve popped up again. I don’t think we’re going to see such a device. And at least some others agree with me.

In a note to clients Wednesday — as reported by “Barron’s” (http://macte.ch/dilFn) — Needham & Company analyst Charlie Wolf expressed doubts that Apple could — or would — make a cheaper version of its smartphone without destroying the phone’s “iconic value.” The analyst doubts that Apple could cut corners on a new phone. And the iPhone’s design is “monolithic” — so many parts are integral to it, such as the App Store, iTunes, etc. — that making an iconic iPhone on the cheap is near impossible, writes Wolf.

He says that a smaller version of the iPhone won’t work, as it would compromise the nature of video playback and app use. The only choice then is to try and cut out some memory or lighten up on other components in a bid to save money on the manufacturing.

“If, for example, the expenses incurred beyond the cost of components could be materially reduced, Apple might be able to earn a gross margin of 20% pricing the phone at $250 and a 33% gross margin pricing it at $300,” Wolf says.

In February, “The New York Times” (http://macte.ch/TfiKu) addressed the iPhone nano/mini rumors, saying that Apple isn’t planning on making a smaller iPhone, but is planning to make a less expensive version — and one that works with voice commands.

Quoting “people briefed on Apple’s plans who requested anonymity because the plans are confidential,” the article says Apple won’t not make a smaller iPhone because: 1) a smaller device would not necessarily be much cheaper to make 2) it would be more difficult to operate, and 3) a phone with a smaller screen would force many developers to rewrite their apps.

The “Times” says as part of its effort to find new customers for the iPhone, Apple plans to make it easier to operate the device through voice commands, removing an obstacle for people who don’t like using a virtual keyboard. The company is also purportedly considering changing internal components of the device to bring costs down.

Apple may bring the costs down some and will probably add voice commands. But the iPhone is never going to be one of those smartphones you can get for practically nothing. That’s not in Apple’s DNA. The best you can hope for is an older version of the phone at a steep discount.

AT&T offers the previous generation iPhone, the 3GS/8GB model, for $49 (with a two-year contract). In my opinion, that’s the cheapest you’ll ever see an iPhone sold for. 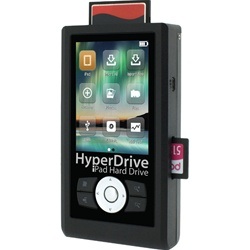