Animoto (http://www.animoto.com) has announced a way for consumers to enjoy their personal video slideshows, with new Apple AirPlay functionality, allowing users to watch Animoto videos on their TV.  With this new functionality, Animoto videos on an iPhone, iPad or iPod touch can instantly be played on a TV using Apple TV and AirPlay.  A video slideshow creation service, Animoto lets consumers to create TV-quality videos, from their photos and video clips. Its solution is available in a free, “lite” version, as well as a “plus” version for enthusiasts (US$30 per year) and a “pro” version ($249 per year).

LeapFrog Enterprises has introduced Scout’s ABC Garden for the iPhone, iPod touch and iPad. The $3.99 app brings LeapFrog’s plush toys, Scout and Violet, to life as they help teach letters and letter sounds.

Soluble Apps has launched Ultimate Charades with Customisation 1.0 for iOS, a $4.99 party game app. Ultimate Charades can be customized to add your own favorite people, movies or things. You can remove any that aren’t familiar to you.

Exedria Software has debuted Great Composers 1.0, an educational game for Apple iOS devices to play and learn through a combination of match games and flashcards. The app — available for $0.99 for a limited time — features 62 composers and interesting details about their lives and masterworks.

Galarina has served up PhotoMeta 1.0, a free iPad app that handles EXIF, GPS and TIFF photo metadata. It even extracts maker notes for the most popular camera brands, including Canon, Nikon, Olympus, and Sony. With the built-in web browser, you can access metadata of Internet photos. You can also choose to either have basic metadata info displayed in a clear overview panel, or to see all metadata tags in a self-explanatory list.

Iflowstudios has created Switchboard Wizard 1.0,a $0.99 operator game for iPhone and iPod touch devices. In Switchboard Wizard, you run a busy switchboard connecting lines to their destinations. There are three levels of game play, as well as Game Center high scores for all levels.

Velvet Rock Apps has developed Screen Pimp 1.0, their wallpaper backgrounds app for the iPhone and iPod touch. The $0.99 app includes 48 exclusive wallpapers. Many can be customized by the user using text or images from their built-in photo library. Wallpapers can be saved to the user’s photo library, including any text or photos they added.

U.S. Bank’s Healthcare Payments group, a provider of employee benefit spending programs, is offering a free mobile application to help its customers manage their consumer driven healthcare (CDH) accounts — HSAs, FSAs and HRAs — on the go. The application gives users the flexibility to check their balances whenever and wherever to help them make smart healthcare payment decisions and is available for Apple and Android mobile devices.

Creaceed’s Movie Stiller 1.1 ($2.99) is now fully compatible with the iPad 2. Movie Stiller stabilizes videos recorded with the iPad (or iPhone), automatically removing unpleasant camera shake. The user interface is optimized for the Retina display, and supports all device orientations, so that you can watch the videos at full size. Movie Stiller uses the same technology as Elasty for the Mac.

Best Kids Apps has updated Zoola for iOS devices to version 1.2.1. The $1.99 app teachers children the name and sounds of a lot of different animals. The app offers more than 200 photos of a mommy, daddy and baby of each animal type, along with another picture of the species.

Internet Reshenia has updated Jumpy Horse for iOS devices to version 2.1. It’s a $0.99 simulation game where players score points controlling one of several horses in either Jump or Pasture mode. Featuring a variety of horses and backgrounds, the game includes single and multiplayer modes, wallpapers, a training mode, a choice of three temperaments, a painting mode, and user-controllable movements and behaviors.

Dark Shadow Games has released XY7 1.1.1, an update to their $0.99 attack fighter game for the iPhone, iPad and iPod touch. XY7 is a retro vertical scrolling shoot ’em up. Your mission is to destroy as much as possible. The XY7 Attack Fighter is the most advanced single pilot craft in the universe, and controlled by tilting your device. As you complete missions, you collect upgrade points. XY7 features 29 levels, including a challenging range of enemies with Game Center support.

Ideateca has rolled out an universal update to VideoPuzzle! for iPhone, iPad, and iPod touch devices. This $0.99 slide-puzzle game allows users to move and organize separate blocks made of moving images, videos, and even live video streams. The app itself is separated into four playing sections. The app’s Photo and Video album modes allow players to create puzzles from personal videos and pictures stored on their mobile device, as well. 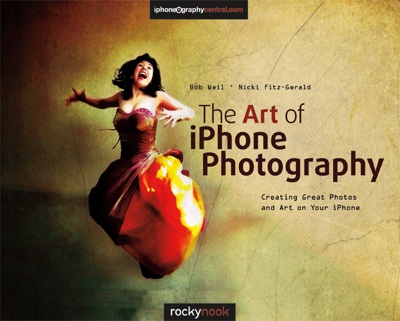