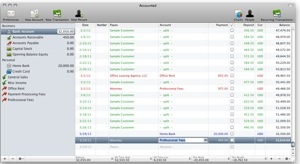 Oranged Software has released Accounted 3.0 (http://www.oranged.net/accounted/), an update to the accounting package. The upgrade has over 25 new features, improvements and bug fixes.

Accounted 3.0 sports a modern look. The interface has been completely reimagined, making it cleaner and sleeker. The program as a whole has been updated to be more readable, making it easier to browse through your accounts and transactions, according to the folks at Oranged Software. They’ve even updated the icons.

The new version also sports account-specific currencies, improved exchange rate updating, and several other currency-related features. The People window has been enhanced with new capabilities, including mass deletion and merging. Elsewhere in the program, you can also duplicate transactions and set new filtering and display options for the accounts list, and more.

Accounted 3.0 is a pay-for-upgrade for registered users. Purchasing Accounted 3.0 will get you free updates until Accounted 4.0 is release. A single user license costs US$79.95; upgrades from version 1.x or 2.x are $19.95. 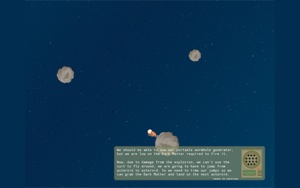 A Long Way Home arrives for the Mac